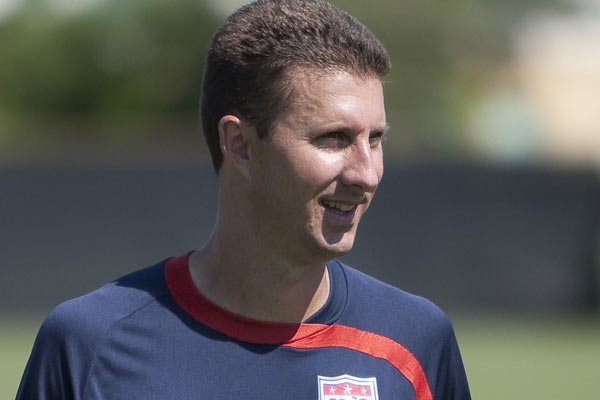 Mike Sorber is the first person to play for the USMNT at a World Cup and later serve on a World Cup coaching staff with the USA. As a player, Sorber played for the USMNT in the 1990 World Cup. He was an assistant to USMNT coach Bob Bradley for the 2010 World Cup. Sorber won 67 caps for his country from 1992-98, scoring two goals.

At club level, Sorber was one of several full-time players with the USMNT program prior to the 1994 World Cup. He spent two years with UNAM Pumas in Mexico, joining MLS for its first season in 1996 as a member of the Kansas City Wizards. Sorber played in MLS until 2000, retiring as a member of the Chicago Fire.

2000: Played in 24 games for Chicago and finished runners-up in the MLS Cup.
1999: Finished 6th with the Metrostars and missed the playoffs. Picked up by New England in the offseason but traded to the Chicago Fire before the start of the 2000 season.
1998: A 3rd-place finish with the MetroStars, exiting the playoffs at the quarterfinal stage.
1997: Moved to the MetroStars and finished 5th in the East.
1996: Signed with the Kansas City Wizards playing in 28 games and scoring four goals in the first year of MLS. Finished 3rd in the West and lost in the Conference finals.
1995: Played in 51 games over two seasons with UNAM Pumas, winning all league honors.
1994: Joined UNAM Pumas in Mexico.
1992: Signed with the USMNT on a full-time contract to prepare for the 1994 World Cup.