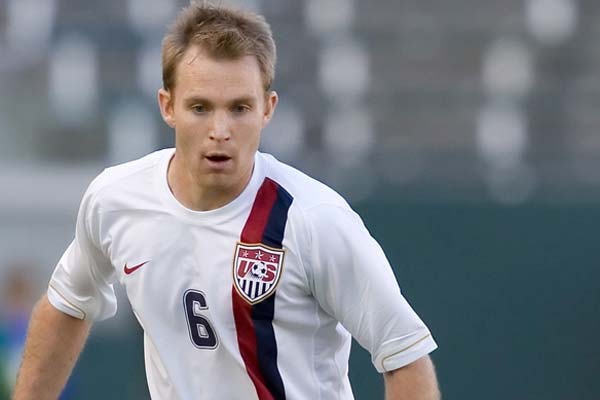 Converted from midfielder to defender early in his pro career, Bryan Namoff has been a one-club man in Major League Soccer at DC United, aside form a loan spell at the Richmond Kickers. He has played at both center-back and right-back for DC, and established himself as a veteran starter over a period that has seen several other defenders come and go at RFK.

An integral part of the DC defense that won the MLS Cup championship game in 2004, Namoff’s reward for years of consistency came in the form of a USMNT cap in January 2007. Namoff suspended his career in 2010 over concussions.

2007: Came on as a second half substitute in January exhibition win over Denmark.

2010: Missed the start of the season and suspended his career due to post concussion syndrome in July.
2009: Played in 26 games before suffering a concussion in September.
2008: Had 27 appearances with DC United.
2007: Made 24 regular season starts for DC as it retained the Supporters’ Shield.
2006: Played 29 games (28 starts) overall for DC as it won the Supporters’ Shield, but lost the Eastern Conference final.
2005: Injury-affected season restricted him to 190 games overall (17 starts) for DC.
2004: Fully established himself in DC backline, making 31 starts overall as the team won MLS Cup. Scored against NY in playoffs.
2003: Played 23 games (18 starts) as United reached playoffs for the first time since 1999.
2002: Loaned out to Richmond, but recalled before season’s end. Played 11 games (five starts).
2001: Second round draft pick for DC United (15th overall). Registered a career-high seven assists in rookie year, in just 15 games (13 starts).

College: Tallied 15 goals and ten assists in senior year at Bradley University. Finished his four years at the college with 32 goals and 17 assists.