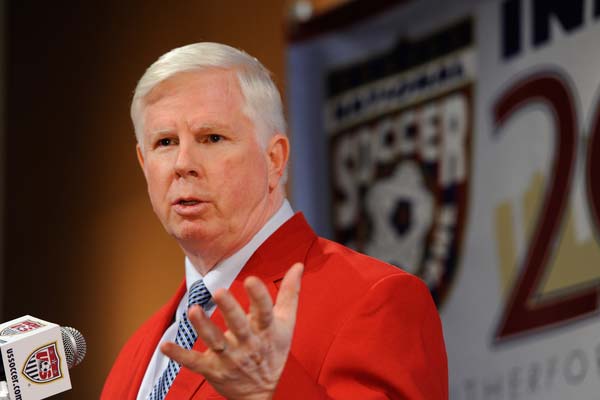 The face of American professional soccer in the 1970’s, Kyle Rote, Jr. was the first field player to emerge as a media star, in part due to his multiple wins on the ABC Superstars series. Rote had limited opportunities with the USMNT, a combination of the loose scheduling in the 1970s and his club commitments. Rote retired from outdoor soccer following the 1979 North American Soccer League season.

Rote is currently a pro sports agent. He was elected to the National Soccer Hall of Fame on the Veteran’s Ballot in 2010.

1983-84: Player/coach of the Major Indoor Soccer League’s Memphis Americans. Retired when the team relocated to Las Vegas for the 84-85 season.
1979: Traded to the Houston Hurricane and retiring from  outdoor soccer at the end of the season.
1974-78: five years with the Dallas  Tornado, making the playoffs in ’74, ’76, and ’77.
1973: Drafted by the Dallas Tornado and named rookie of the year after leading the NASL in points. Honorable mention for the ’73 All-Star team.

Youth and College: Played football at Oklahoma State before transferring to the University of the South where he played soccer. Father played in the National Football League.