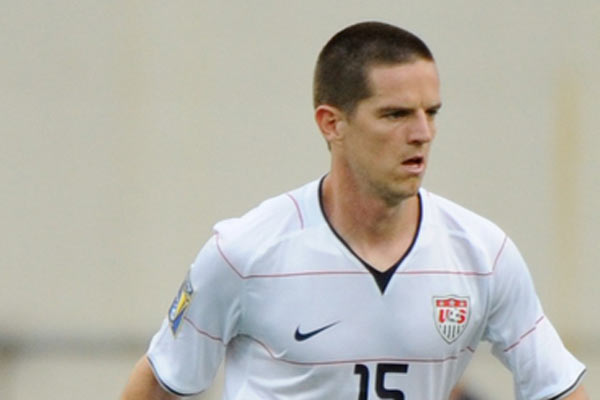 Sam Cronin got his first look from the senior USMNT in his rookie year of MLS. Drafted by Toronto 2nd overall in the 2009 MLS SuperDraft, Cronin quickly emerged as a regular with the club and won a call up to the USMNT Gold Cup squad. He made his first appearance for the USMNT in a Gold Cup game against Haiti on July 11, assisting on the opening goal. At club level, Cronin was traded to San Jose in June 2010. In 2013, he passed the 100 appearances mark with the Earthquakes. He moved to the Rapids for the 2015 MLS season. He joined Minnesota United for 2017, retiring the following season.

2009: Called into the Gold Cup camp and made the roster. Started on his international debut against Haiti on Jul 12 and subbed on against Mexico on Jul 26.

2018: A member of Minnesota United, but didn’t play.
2017: Joined Minnesota United, playing in 18 games.
2016: Part of Colorado’s dramatic turnaround, finishing 2nd in the Western Conference and making the Conference finals.
2015: Traded to Colorado in January, finishing 10th in the West.
2014: Finished 9th with San Jose in his final season with the club.
2013: Played in every regular season game for the San Jose Earthquakes.
2012: Played in 31 games for the Earthquakes, starting all but 1.
2011: Made 27 appearances with San Jose, 22 of them starts.
2010: Played in 6 games for Toronto before a trade to San Jose where he made 16 appearances.
2009: Drafted 2nd overall by Toronto and immediately became a regular with the club making 27 appearances in his rookie season.