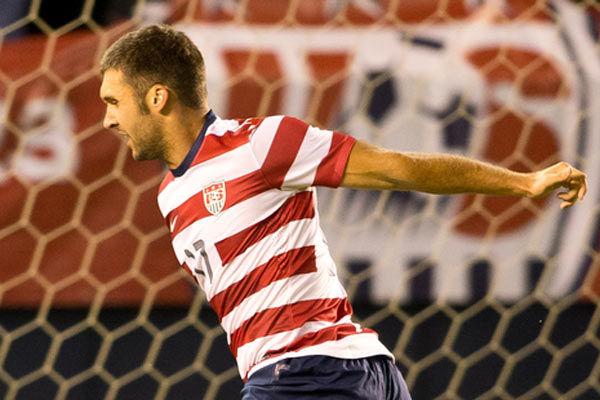 2013: Part of the January USMNT camp, Bruin debuted against Canada on Jan 29 as a 74th minute substitute. Won his second cap against Guatemala on Jul 5 subbing on in the 73rd minute.

2022: Won the Concacaf Champions League with Seattle, finishing 11th in the West with 24 appearances.
2021: Finished 2nd in the West, exiting the playoffs in the opening round.
2020: Advanced to MLS Cup after a 2nd-place finish in the Western Conference.
2019: Won MLS Cup with Seattle, playing in 9 regular season games and finishing 2nd in the West.
2018: 29 games with the Sounders scoring 7 goals. Another 2nd-place finish advancing to the conference semifinals.
2017: Joined the Seattle Sounders playing in 31 games and scoring 11 goals. Finished 2nd in the West and advanced to MLS Cup.
2016: Scored four goals in 31 starts with the Dynamo.
2015: Upped his goal total to 11 in 24 games for Houston, now in the Western Conference.
2014: Played in 27 games for the Dynamo, scoring 10 goals.
2013: Scored 8 goals in 31 games with Houston finishing 4th in the Eastern Conference.
2012: Played in 32 games and scored 12 goals with Houston. MLS Cup runners-up.
2011: Selected 11th overall at the SuperDraft by the Houston Dynamo. Played in 25 games and scored 5 goals in his rookie season. Made the MLS Cup.