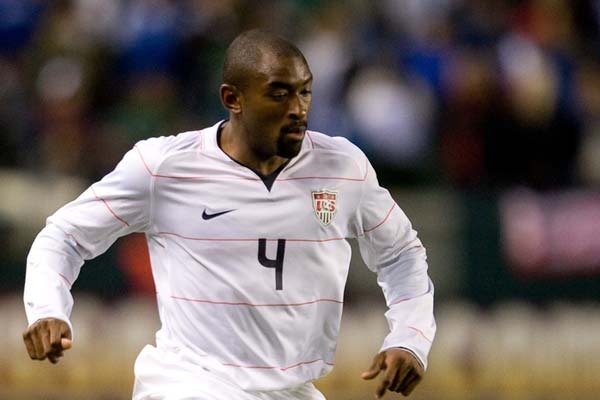 Marvell Wynne emerged as one of the best young defenders in Major League Soccer, after a stellar collegiate career Wynne was taken with the first pick in the 2006 SuperDraft by New York. At the end of that season he won Young Player of the Year honors with the club.

In 2007 he was traded to fledgling franchise Toronto FC, where he marauded down the right flank to great effect in a team that needed all the attacking weapons it could muster, from any part of the field. He also won his first USMNT cap thrown in at the deep end when he faced Argentina in the Copa America.

Traded to Colorado just in time for an improbable MLS Cup run, Wynne lifted the trophy in 2010. He joined San Jose in 2015. Wynne announced his retirement on April 20, 2018.

2010: Played in the January friendly against Honduras.
2009: Played in the 3-2 win over Sweden on June 24th and the World Cup Qualifier in Costa Rica on June 3rd.
2007: Named to the Copa America roster where he earned his first cap against Argentina, June 28.
2005: Played with the U-20s at World Youth Championship, and made 12 appearances overall for the team.
2004: Played three times (two starts) for the U-20s.

Youth and College: Considered one of the best defenders in the country while at UCLA. Was an MAC Trophy semifinalist.