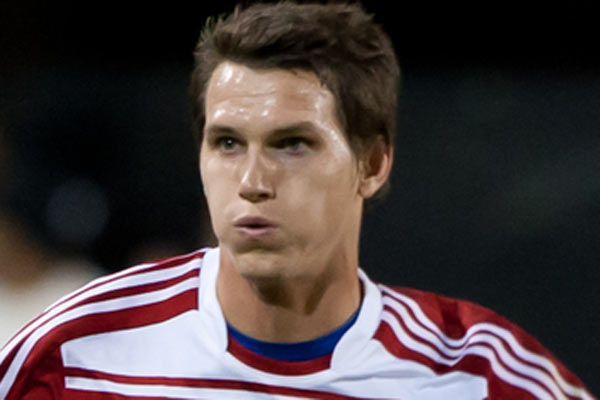 Zach Loyd emerged as an option for the USMNT in 2011, the year after FC Dallas drafted him into MLS. 2010 was a banner year for Loyd and Dallas, with the club making MLS Cup in Loyd’s rookie season. Invited to the January USMNT camp to start 2011, Loyd made his USMNT debut on Jan 22 against Chile. At club level, Loyd became a regular in the FC Dallas starting lineup. He was part of the 2016 US Open Cup winners with Dallas. Loyd joined the expansion Atlanta United in 2017.

2012: Another Jan camp call-up, subbing on against Venezuela on Jan 21 and starting against Panama on Jan 25.
2011: Called into Jan camp and debuted against Chile on Jan 22 and named Man of the Match.