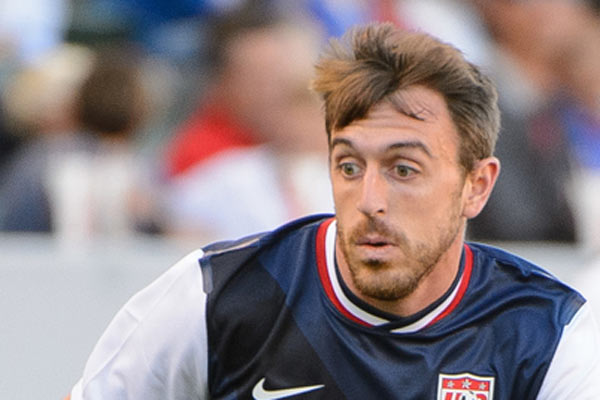 Eric Alexander needed one MLS season to get a shot with the USMNT. Drafted in the 3rd round of the 2010 MLS SuperDraft and 44th overall by FC Dallas, he was called into the 2011 USMNT January camp. He made his USMNT debut on Jan 22, 2011 against Chile. Dallas traded Alexander to Portland in August of 2011. He moved to the New York Red Bulls for the 2013 MLS season. He moved to Montreal in 2015, joining Houston the next season.

2019: Started the season with Cincinnati, moving to Dallas in August and exiting in the first round of the playtoffs.
2018: 21 games with the Dynamo, winning the US Open Cup. Selected by Cincinnati in the expansion draft.
2017: Advanced to the conference finals with the Dynamo.
2016: Moved to Houston, missing the playoffs.
2015: Played in 18 games with Montreal.
2014: 34 appearances and two goals in his final season with New York.
2013: Played in 34 games and won the Supporters’ Shield as a member of the New York Red Bulls.
2012: 24 games in his first full season with the Portland Timbers.
2011: Played in 22 games for Dallas. Traded to Portland where he played in 6 more.
2010: Drafted 44th overall by FC Dallas. Played in 17 regular season games scoring two goals in his rookie season and won the Western Conference.