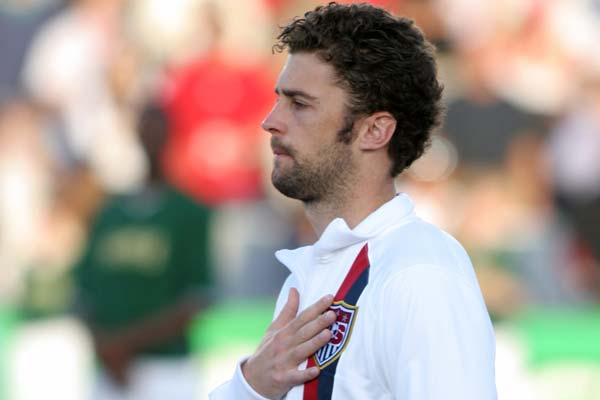 Pat Noonan established himself as one of the more dependable forwards in MLS over his ten years in the league. Combining pace and skill, particularly with his left foot, he could score from a variety of distances and angles.

Noonan developed into an integral part of Steve Nicol’s New England roster that challenged for multiple titles. In 2004, Noonan tied MetroStars midfielder Amado Guevara for the MLS Scoring Championship when he scored 11 goals and registered eight assists for 30 points.  In 2005, he scored eight goals in a season that was limited to 21 appearances due to injuries and National Team call-ups.

In 2007, Noonan won the first of two US Open Cups with New England. A year later as a member of the Columbus Crew he lifted the MLS Cup. He retired in 2012 as a member of the LA Galaxy, winning his second MLS Cup. Noonan joined the Galaxy coaching staff in 2013, moving with coach Bruce Arena to the USMNT in 2017. In 2018, Noonan became an assistant at the Philadelphia Union, leaving in December, 2021 to take the head coaching job at FC Cincinnati.

2008: Called in to Bob Bradley’s January training camp, and played just over an hour after starting in home friendly win over Sweden.
2006: Made three appearances, registering one assist.  Was named as an alternate on Bruce Arena’s US World Cup roster.
2005: Made nine appearances, scoring one goal in a 3-0 win over Colombia.
2004: Earned his first cap in the 1-1 draw with Haiti on March 13 in Miami.  Called into numerous camps.

2012: Finished his career with the Galaxy making ten appearances for his second MLS Cup winning squad.
2011: Played in just nine games for Seattle. Joined LA for the 2012 season.
2010: Waived by Colorado days before the start of the season. Signed with Seattle on March 31st.
2009: Traded mid-season to the Colorado Rapids.
2008: Played 11 games for Aalesund in the Norwegian league before returning to MLS with Columbus. Won the Supporters’ Shield and the MLS Cup with the Crew.
2007: Played 31games (25 starts) over the whole season as the Revs lost MLS Cup to Houston for the second successive year. Scored seven goals, registered four assists.
2006: Was limited to two goals and four assists in just 17 appearances (14 starts) due to a variety of injuries. Played in the MLS Cup final that the revs lost to Houston on PKs.
2005: Scored nine goals and registered seven assists in 25 regular- and post-season games for the Eastern Conference champions. Lost MLS Cup final to LA, 1-0.
2004: Shared the scoring championship with MetroStars midfielder Amado Guevara. He had 11 goals and eight assists for 30 points on the campaign, plus one goal in the post-season, when he scored the game-tying goal in the Eastern Conference Championship game at DC.
2003″ Selected by the New England Revolution with the ninth pick of the first round.  Played in 31 games overall (20 starts), scoring 12 goals and recording 7 assists.

College: A four-year star at Indiana, and chosen as a three-time NCSAA All-American, including first-team honors in 2001 and 2002. Beaten by four points for the Hermann Trophy in 2002. Finished college career sixth in the Indiana record books with 127 career points, and seventh with 48 career goals.