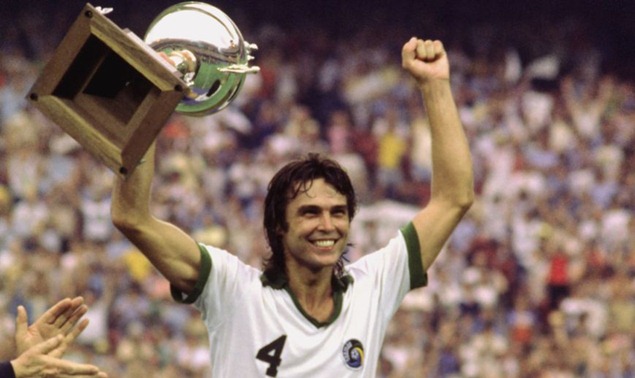 Immigrating to New York as an eight-year-old from Yugoslavia, Werner Roth spent his entire career playing for New York clubs. Starting with the German American-Hungarians, Roth became a member of the storied New York Cosmos during their glory years in the 1970’s.  He was part of the US National Team from 1972-75.

“We didn’t have many resources and little time to prepare. So we lost everywhere and had few wins and little progress to show for our effort.” Roth, describing his experience with the National Team in the 1970’s.

1975: Played his final game for the US against Costa Rica on Aug 19th.
1974: Played in the only two games the team played that year, a home and away series with Mexico.
1973: Played in eight games with the senior squad.
1972: Made his debut against against Mexico in Mexico City in a World Cup Qualifier on Sept 3rd. Played in the return fixture in LA a week later.