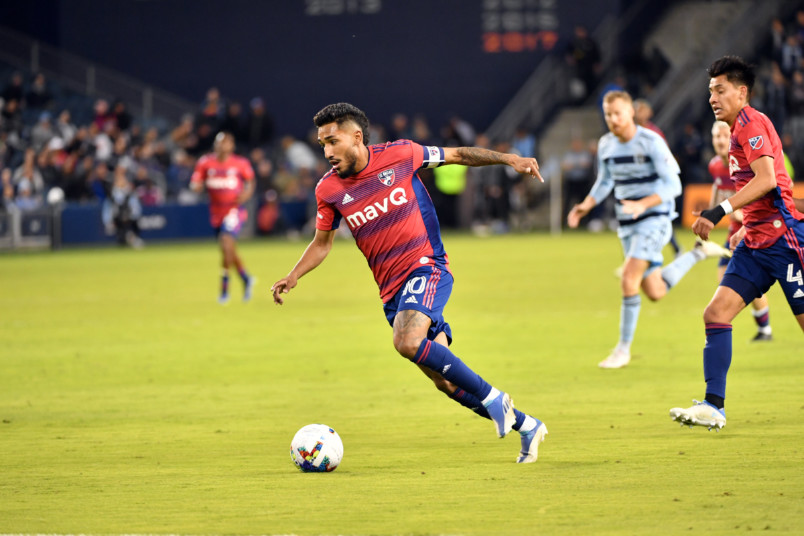 By J Hutcherson (Jan 17, 2022) US Soccer Players – Let’s set some quick ground rules first. The Tampa Bay Mutiny exited the league prior to the 2002 season, and while San Jose relocated to Houston in 2005, the record book that stayed with the eventual revival of the Clash turned Earthquakes is missing the 2006 and 07 seasons. That leaves us with eight of the original ten teams that have played every league season in the same metro area with the same record book. With relocation a rarity, that’s not a surprise. So what about those eight MLS teams way too early in the 2023 preseason?

In a league as devoted to parity in MLS, it’s almost always too early. Still, we’re going to start with the second-best team in the league back in 1996, the Western Conference champions and eventual MLS Cup runners-up the LA Galaxy. The Galaxy’s rebuild put up 50 points last season, tied with 5th-place Nashville, beating them in the opening round of the playoffs, and exiting in the conference semifinals to eventual champions LAFC. They gave LAFC a game, losing to a stoppage time goal while at the same time asking significant questions for this season. Not lost on anybody was that four points separated 4th-place and missing the playoffs. That unease follows the Galaxy into 2023, a season where once again LAFC is building. The Galaxy added Memo Rodriguez and Sacha Kljestan retired. Meanwhile, LAFC is filling out its squad with what could be the best example of MLS depth we’ve seen in a long time. While it’s not always fair to compare teams based on locality, Austin brought in Gyasi Zardes and FC Dallas has an elite attack that’s another year older. The top of the Western Conference remains the next step for the Galaxy, but it’s not an obvious one.

Tampa won the East and had the best regular season record in year one, but it was DC United knocking them out of the playoffs with back-to-back wins and then taking MLS Cup. That original step for what would become the first United dynasty happened in a league already setting expectations about parity and no dynasties. United hasn’t made the playoffs since 2016, finishing 14th last season but raising expectation with the late season coaching hire of Wayne Rooney. What Rooney did with Championship club Derby County is the quick comparison with what could happen with United as he rebuilds. DC has already moved a lot of players, including its goalkeepers bringing on Tyler Miller who was Minnesota’s regular starter in 2021 and Alex Bono who played in 24 games with Toronto last season. The problem for DC is scale relative to the rest of the Eastern Conference rebuilding efforts. There’s plenty of them ongoing, increasing the pressure for players already in MLS as well as new signings. Adding midfielder Mateusz Klich from Leeds is the big move so far, but this is a team in process. That doesn’t necessarily mean much in MLS, with no realistic ceiling on what any club can do season-to-season under the constraints of the league’s rules.

Dallas continues to be the kind of story not just MLS, but American soccer as a whole wants to tell. It’s a team build on an academy system that continues to produce elite players, with their attack powered by forward Jesus Ferreira and a midfield with fellow USMNT player Sebastian Lletget. After a 3rd-place finish last season, Dallas’s offense stalled in the playoffs at Austin. Figuring that out could turn Dallas into a threat from start to finish this season, a team very close to being one of the few complete products in this league.

Back in 1996, Kansas City knocked Dallas out of the playoffs in a series that went to three games like all of the conference semifinals that first year. LA knocked them out on penalties in two games in the next round. Not counting last season, three of the four times the Wizards turned Sporting missed the playoffs, they missed them again the next season. Sure, the last time that happened was in 2009-10 but it’s worth underlining that the playoffs remain the biggest differentiator in what’s now a 29-team league with 15 of those teams in the Western Conference. Defender Tim Leibold is the type of addition that only adds to what Sporting showed late last season when they only lost twice from the beginning of August to Decision Day, with both of those games to teams that finished in the top three in the West.

The MetroStars played DC close in the opening round of the playoffs in ’96, but exited to the team seven points ahead of them in the table. Last season’s 4th-place finish saw Montreal push past both New York teams. The 10-points difference between 2nd-place Montreal and 3rd-place NYCFC overshadowed the two points that separated NYCFC from the Red Bulls. What was a much closer Eastern Conference race for most of the season turned into the Union and Montreal’s story, at least until NYCFC knocked Montreal out of the playoffs in the conference semifinals. The Red Bulls didn’t make it that far, losing to FC Cincinnati in the opening round and asking that old question in MLS about how much one more game really means. The Red Bulls highlight something that should resonate across the league, the need to keep a median that had them in contention for so long across the season.

The original edition of the Crew took the final playoff spot in the East and made it to game three against Tampa before making their exit. Last season, the Crew was the team in that extremely tough position in MLS of being the team just out of the playoffs. Portland, their counterpart in 8th-place in the West, signed attacking midfielder Evander to transform their offense and make sure they’re not talking about the point that separated them from Real Salt Lake in 2022. Columbus is linked with a move for Aberdeen Columbus is under a new coach and working on its roster. Maybe coming close pushes that kind of motivation to make changes.

Only one team in each conference missed the playoffs, with the Revolution four points behind. Last season, the defending Supporters’ Shield winners finished two spots and six points out of the playoffs, tied on points but behind on a tiebreaker to expansion team Charlotte. It’s that last bit that should rankle, but it’s part of a long list of things like not having as many games with Matt Turner in goal due to injury before his transfer to Arsenal and losing Gustavo Bou to injury for a stretch of the season. New England made an interesting pickup with Bobby Wood and are bringing in the type of players to strengthen a good team.

The other team to miss the playoffs in 1996, the Rapids also had the worst record in the league’s opening season. 29 points, four less than New England but it was the mighty Rapids making the MLS Cup final just a year later. The current version fell from winning the conference in 2021 to four points out of the playoffs last season. Yes, that Western Conference championship took Decision Day drama and they’d lose their opening playoff game to eventual MLS Cup runners-up Portland. All this version of the Rapids needs to do is look at their 0-0 draw at DC on September 4, the 4-1 loss to the Galaxy on September 17, and the Decision Day draw at Austin to find the missing points between 10th-place and the playoffs.

Since nobody likes overly pedantic justifications for leaving out clubs, the San Jose Clash finished 4th in the West in 1996, and yes we’re going to talk about Houston and the Earthquakes. Houston finished 13th in the West last season, but has been making moves so far including signing left back Brad Smith through free agency and right back Franco Escobar from LAFC. Meanwhile, San Jose finished 14th in the West in 2022, but now has Luchi Gonzalez as coach to rework a roster that asked a lot of questions last season.

J Hutcherson started covering soccer in 1999 and has worked as the general manager of the US National Soccer Team Players Association since 2002. Contact him at jhutcherson@usnstpa.com. More from J Hutcherson: