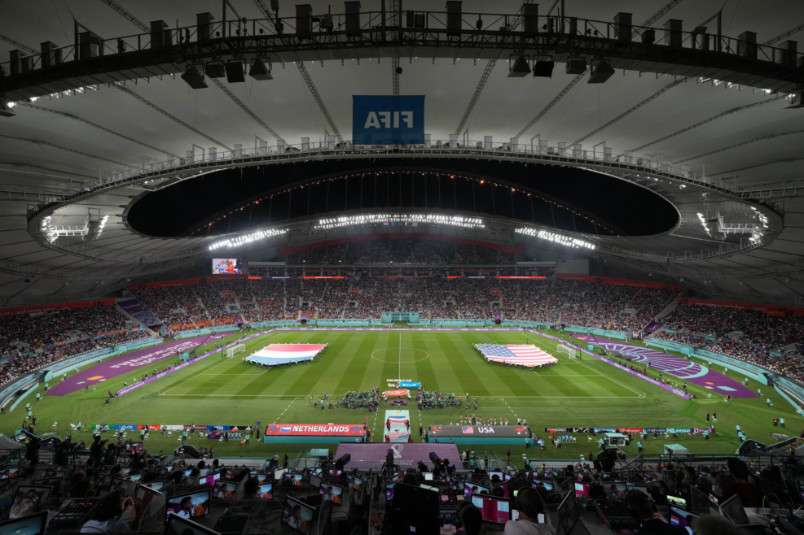 By Clemente Lisi – NEW YORK, NY (Jan 9, 2023) US Soccer Players – This could be the year where the 4-2-3-1 begins to fall out of favor. It’s a tactical formation that has endured since 2012 when it was popularized at the European Championship that summer, reliable because it gives teams balance across the field. The recent World Cup highlighted a few tactical formations that could move into the club game over the coming months. The 5-3-2 lineup, a much-used formation by teams in Qatar, could turn into a trend in 2023.

The system involves the use of five defenders, but two of them serve as wing backs that push up to create offense. It involves the use of three midfielders who need speed and great passing accuracy. The forwards operate like traditional attacking players, but need to track back whenever their side loses possession.

As a formation, it does rely heavily on maintaining possession. While it is considered a defensive formation, the reality is that it can be attack-minded when a team has the ball and is in the build-up phase of play.

Under coach Louis van Gaal, the Netherlands used the 5-3-2 to advance to the quarterfinals, losing to Argentina on penalties. The Dutch used their height advantage and wing play to climb back in that game after going down 2-0. Van Gaal has always favored possession and wing play. Again, the 5-3-2 is perfect for any coach who prefers those attributes and has the players to execute. Japan, similarly, also used this formation at the World Cup with great effect, also reaching the quarterfinals before losing to Croatia on penalties.

The 5-3-2 isn’t entirely new. It was 20 years ago that Felipe Scolari used it with Brazil, who won the World Cup in 2002. The team scored 18 goals in seven games during that title run, a lineup that featured Ronaldo up top, Cafu securing the back line and free-kick specialist Roberto Carlos roaming the midfield. It’s true that the formation looked more like a 3-4-3, but it was Cafu and Roberto Carlos who ran up and down the field.

Above all, the 5-3-2 is a great formation for teams that like to hit opponents on the counterattack. The Netherlands and Japan did this effectively at the World Cup, often foregoing possession but still managing to make the most of their chances whenever they did have the ball against the run of play.

On the club level, the formation, and variations of it, seem to be gaining in popularity. Whether it’s a 5-2-3 or a 5-4-1, having more cover in the back without sacrificing offense can be a winning formula.

As with all formations, it is a compromise between a coach’s tactical philosophy and the players at their disposal. While the Netherlands and Japan featured two distinct types of players and styles, the 5-3-2 worked for them at the World Cup.

Still, that may not work so well at club level, at least using it for both defense and attack. Inter Milan under coach Antonio Conte and more recently Simone Inzaghi, has used the 5-3-2 when they defend. They take the shape of a 3-5-2, with a congested midfield, when they attack. It’s no surprise that the Serie A side has become known for its possession-based midfield and lethal counterattacks. It’s essentially the traditional Italian catenaccio, a “door-bolt” defense with a new twist.

Like with so many tactics, the Dutch are innovators and ones known for the 5-3-2. Before van Gaal, Ronald Koeman used the same formation when he coached Eredivisie club Feyenoord from 2011 to 2014. Koeman, who assumed the coaching duties for the Netherlands after van Gaal recently stepped down, is likely to keep using the 5-3-2.

As the National Team coach from 2018 to 2020, Koeman used the 5-3-2 with some success. He could very well employ it again given the limitations of the 4-3-3, the other formation the Dutch have used in years past, when it comes to the back line whenever wing backs push forward.

We’re not likely to see the 5-3-2 replace the 4-2-3-1 in MLS this season. That’s not to say it won’t ever be a thing. Should it work for clubs in other leagues, this tactical system will likely make its way to North America.