The United States In The World Cup

The United States National Team has appeared in nine World Cups. In the first World Cup, the US finished fourth, their best finish in the competition. In 1934, there was no group stage and the US were knocked out by hosts Italy in the opening round. The US missed the 1938 World Cup, qualifying for the next final when the tournament resumed in 1950.

The 1950 Cup is remembered for the shock upset of England – a country that had opted against participating in any previous World Cups. The US would fail to qualify for the next nine World Cup finals, a gulf that included the entire run of the North American Soccer League.

Returning for the first time in forty years for Italia ’90, the US were impressive against Italy fielding a young side. Hosting in ’94, they advanced to the first knockout stage on a unique wildcard rule after finishing third in their group, tying Switzerland and beating Colombia. The US would lose to eventual champions Brazil 1-0 to exit the tournament. In 1998, the US finished last in the field of 32 in France. Suffering from internal disagreements and a tough draw, the US went three and out losing to Germany, Iran, and Yugoslavia.

The US advanced past the group stage for the third time in 2002, with a win over Portugal, a draw with South Korea, and a loss to Poland. They beat perennial rivals Mexico in the first knockout stage before losing a controversial quarterfinal to Germany.

For 2006, the United States finished CONCACAF qualifying first in their group  with a record high FIFA ranking. In 2010, they finished first in CONCACAF World Cup qualifying. 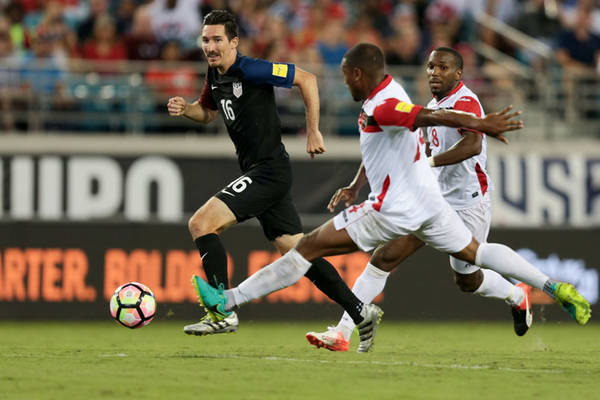