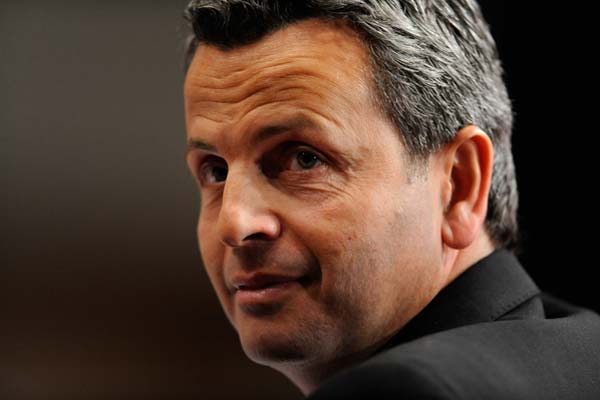 Nicknamed “The Kid,” Frankie Klopas began his professional career as one at the age of 17. On June 5, 2004, Klopas was formally inducted into the Chicago Fire’s annual tribute, “Ring of Fire,” which was created in 2003, honoring members of the Fire, who have made the club a successful organization while displaying the qualities of leadership, dedication and integrity. A strong member of the US National Team, Klopas played from 1987-1998. He was a member of the 1994 U.S. World Cup squad, the 1995 Copa America team, and the 1988 U.S. Olympic Team.  Klopas spent several seasons as the technical director and coach of the Chicago Fire before taking the same role in Montreal.

1998-99: Moved to Chicago Fire (MLS). Played 40 games and scored 17 points on six goals and five assists during the two seasons. Klopas ended the Fire’s inaugural season in dramatic fashion with what still ranks as one of the club’s most memorable moments on October 30, 1998, as his “golden goal” in overtime gave Chicago a 2-1 victory over the Columbus Crew in front of a rabid hometown crowd at Soldier Field. The victory gave the Fire its first of three Lamar Hunt U.S. Open Championships in addition to capping off a historic “double” for the squad in its first campaign.
1996 -97: Signed with Kansas City Wizards (MLS), where he scored 25 points (7  goals, 11 assists) in 49 games.
1988: Joined famed Greek First Division powerhouse AEK Athens. Klopas scored six goals in 49 career matches with AEK Athens and would help the side to two appearances in the European Cup and a pair of berths in the UEFA Cup in 1989 and 1991 during his four seasons of play.
1983 – 1987 – Played with the Chicago Sting (NASL), scoring an impressive 110 points (62 goals, 48 assists) during his four seasons with the squad, which included an appearance in the MISL All-Star Game during the 1986-87 season.