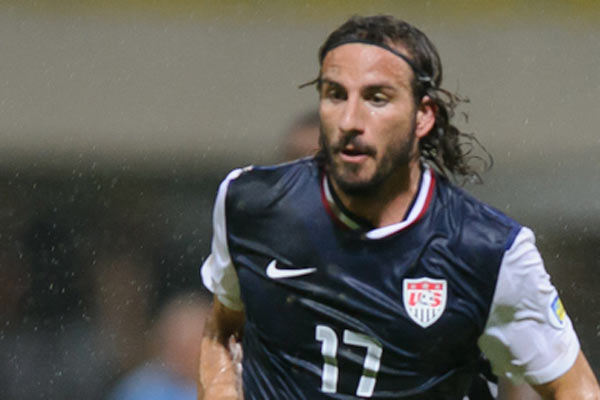 Alan Gordon made his debut for the USMNT in 2012, well into his MLS career. Gordon joined the LA Galaxy in 2005, signing with the club from the A-League Portland Timbers where he won the 2004 league title. He won the MLS Cup in 2005. He made the move to the other locker room in Carson, traded to Chivas USA in 2010. He joined Toronto the next season, where he was traded to the San Jose Earthquakes. Gorodn rejoined the Galaxy late in the 2015 season, winning the MLS Cup. He moved to the Colorado Rapids for the 2017 season. In Oct 2012 Gordon played for the USMNT against Antigua & Barbuda in World Cup Qualifying. He joined the Gold Cup squad in July, 2015.

2013: Part of the Gold Cup squad but didn’t play.
2012: Called into USMNT camp for the Mexico friendly in August but didn’t play. Made his debut on Oct 12 against Antigua & Barbuda, coming on as a substitute.

High School and College: Originally played for Yavapai College and then transferred to Oregon State.