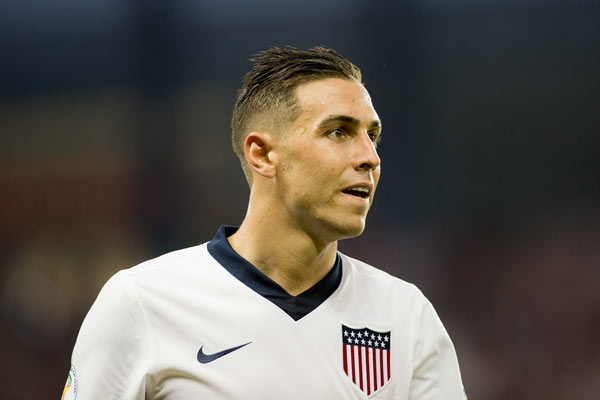 Geoff Cameron was drafted into MLS by the Houston Dynamo, 42nd overall out of the University of Rhode Island.  Houston ended up getting a deal, with Cameron turning into an All-Star by his second season. Injury limited his time for club and the USMNT, with Cameron finally winning his first cap in February of 2010.  After playing 117 games with Houston, Cameron completed a transfer to Stoke City in England’s Premier League. He went on loan to QPR for the 2018-19 Championship season, making the move permanent for 2019-20. He moved to MLS following the 2020-21 Championship season, joining FC Cincinnati.

High School and Youth: Started his college career with West Virginia before transferring to Rhode Island.