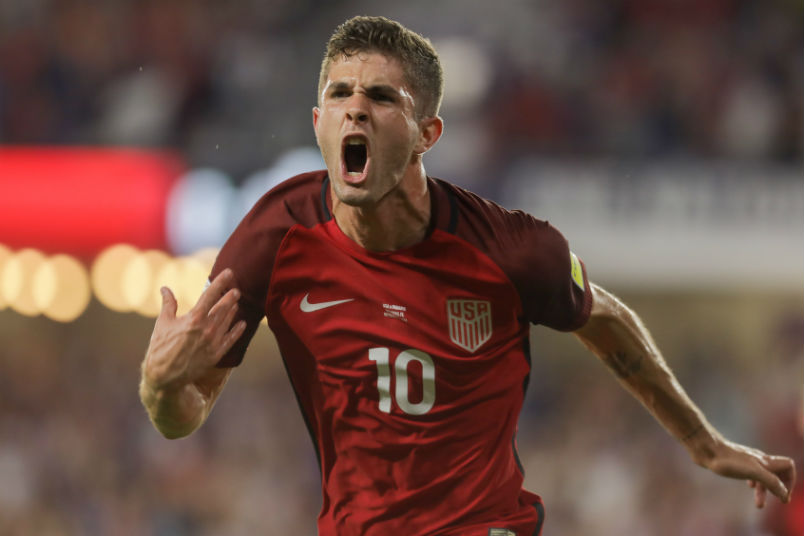 The USMNT had few issues with Panama in pursuit of a crucial three World Cup qualifying points. Tim Howard picked up the shutout in a game marked by a standout performance from Christian Pulisic. It was Pulisic opening the scoring in the 8th minute. He had the assist on Jozy Altidore’s goal in the 19th. Bobby Wood won a penalty for the USMNT, converted by Altidore in the 43rd. Wood finished off the scoring in the 63rd minute.

USMNT coach Bruce Arena used all three of his substitutions, taking off Pulisic in the 57th for Dax McCarty after several incidents of rough play. Altidore followed in the 71st with Clint Dempsey coming on. Arena’s final sub came in the 79th minute with Alejandro Bedoya coming on for Darlington Nagbe.

“I was very confident in this group,” Arena told ESPN following the game. “We have a good team. We’ve had a great year. We’ve come a long way from November, 2016 where we were 0-2 with a -5 goal differential. At 12 points with a +5 goal differential we’re well positioned hopefully to get the third spot.”

The focus for the USMNT now shifts to Tuesday’s game at Trinidad & Tobago (8pm ET – beIN Sport). As Arena said, the USMNT enters that final game of the World Cup qualifying campaign in 3rd-place with a sizable goal difference advantage.

In Friday’s other CONCACAF World Cup qualifier, Trinidad & Tobago lost 3-1 at Mexico after taking the lead when Shahdon Winchester scored in the 66th minute. Mexico equalized through Hirving Lozano in the 78th minute. Chicharito Hernandez put Mexico up for good in the 88th with Hector Herrera scoring directly from a free kick four minutes into stoppage time. The Costa Rica vs Honduras game was moved to Saturday due to weather. Honduras took the lead on the road when Eddie Hernandez scored in the 66th minute. Costa Rica’s Kendall Watson equalized five minutes into stoppage time to qualify Costa Rica for the 2018 World Cup.