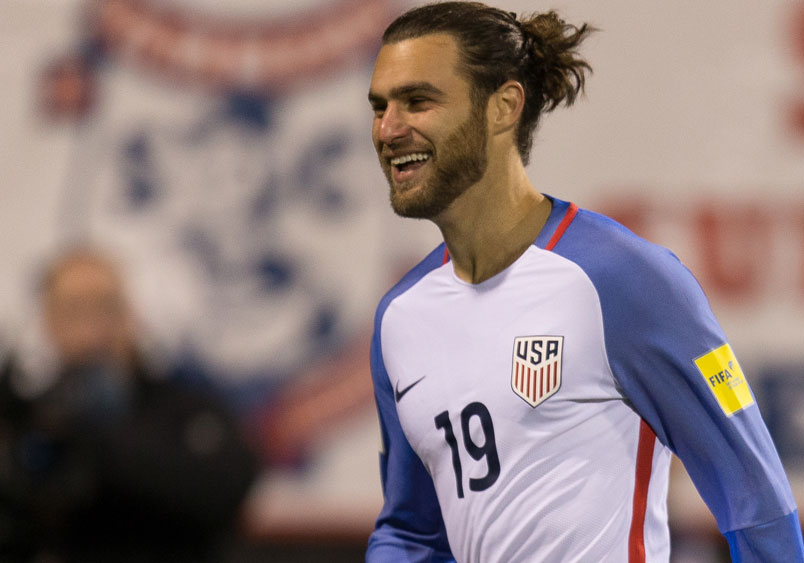 Graham Zusi has been a winner in college and with Sporting Kansas City, lifting the College Cup twice, the MLS Cup, and two US Open Cups. Emerging as a regular with Sporting KC, Zusi transitioned to the USMNT without playing for the youth teams. His MLS All-Star form showed, with Zusi named to the 2014 World Cup squad.

2022: 21 games for Sporting, finishing 12th in a season where the club advanced to the semifinals of the US Open Cup.
2021: 26 appearances for Sporting, finishing 3rd and advancing to the conference semifinals.
2020: Played in 15 games for Kansas City, finishing 1st in the West and exiting the playoffs in the quarterfinals.
2019: 27 games in an 11th-place finish.
2018: Played in every regular season game with Sporting, winning the West and advancing to the conference semifinals.
2017: Another opening orund playoff exit after finishing 5th with Zusi playing in 24 games,
2016: 21 games with Sporting, finishing 6th and exiting in the opening round.
2015: A US Open Cup winner with Sporting KC playing in 25 regular season games, finishing 6th, and exiting in the first round of the playoffs.
2014: Named to his third MLs All-Star team in a row.
2013: Individually, another All-Star appearance and MLS Bext XI in the season when Sporting KC won the MLS Cup.
2012: His second 32-game regular season and another trip to the playoffs. Made the All-Star team and the MLS Best-XI. Won the US Open Cup.
2011: Got his first playoff minutes with Kansas City after becoming a regular with the squad and playing in 32 regular season games.
2010: 19 games and one goal with Kansas City, missing the playoffs.
2009: Signed with MLS and joined the Kansas City Wizards with the 23rd pick in the SuperDraft. Played in 13 games in his rookie season.

College and Youth Soccer: Graham played his youth soccer in Florida, playing for Lake Brantley High School and signing with the NCAA soccer powerhouse Maryland. With Maryland, Zusi was part of championship winners in 2005 and 08 where he won the title with a goal in the final.