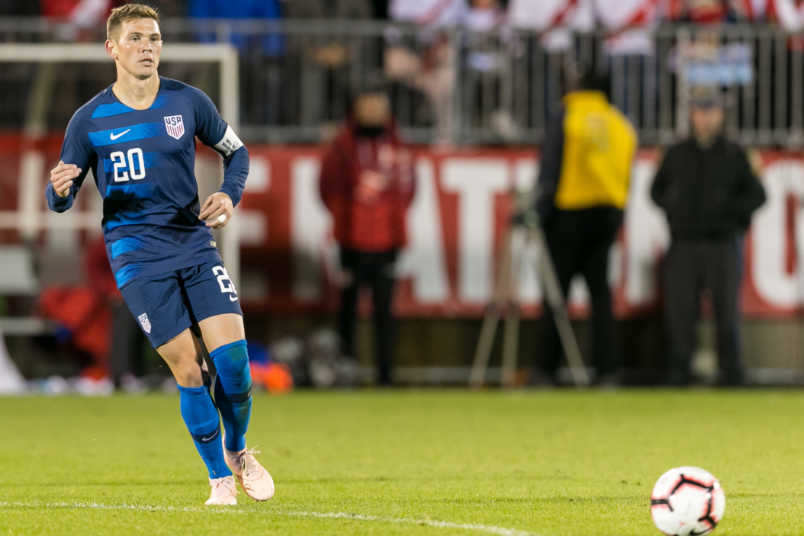 Wil Trapp showed his leadership as a member of the Columbus Crew, transferring that to the USMNT where he quickly emerged as a captain under interim coach Dave Sarachan in 2018. Trapp has spent his entire career in Columbus, emerging as a key part of coach Gregg Berhalter’s tactical plan. That should continue with Berhalter becoming USMNT coach. What Trapp brings is consistency, knowing his role and how to position himself to add value to a tactical setup. He moved from Columbus to Inter Miami for the 2020 MLS season. Trapp moved again for 2021, joining Minnesota.

2021: Joined Minnesota United in January.
2020: Traded to expansion club Inter Miami in January, making the playoffs.
2019: Finished 10th in the East with Columbus.
2018: 30 games for Columbus scoring a goal and exiting the playoffs in the conference semifinals.
2017: 34 games for the Crew, making the conference finals.
2016: Played in 30 games for Columbus.
2015: 19 games for the Eastern Conference champion Columbus Crew playing in MLS Cup.
2014: A regular in the Crew lineup, Trapp played in 28 games and scored a goal.
2013: Joined the senior squad and made 16 appearances for the Columbus Crew.