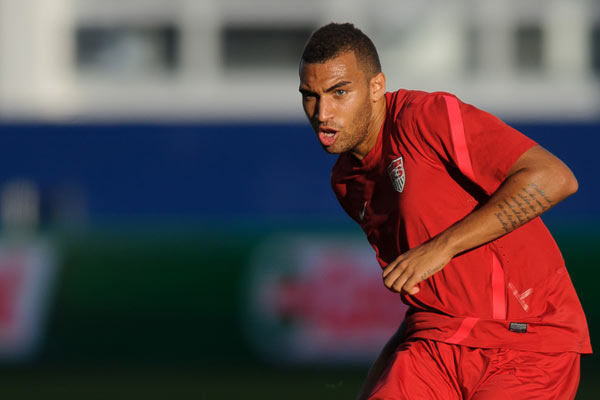 The son of an American serviceman and German mother, Danny Williams became the latest German-American to be naturalized after choosing to play for the US. The defensive e midfielder began his pro career at German club Freiburg after being a member of the reserve team. A move to Hoffenheim in 2011 set off a chain of events that landed him a US passport. As a youth, Williams played for Germany’s Under-15 team. He transferred to Reading in the summer of 2013. He joined Huddersfield Town in the Premier League in the summer of 2017. Williams signed with Pafos in Cyprus for the 2019-20 season. He announced his retirement in May, 2021. He runs the streetwear label Beautiful Struggles.

2019-20: Signed with Pafos in Cyprus.
2018-19: Injury limited his time with Huddersfield Town, finishing 20th in the Premier League. Left at the end of the season
2017-18: Joined Huddersfield Town, newly promoted to the Premier League. Suffered a season-ending injury in March. Huddersfield finished in 16th-place.
2016-17: Made the promotion playoffs with Reading.
2015-16: An established regular with Reading, finishing 17th.
2014-15: A strong second season with Reading, finishing 19th.
2013-14: Played in 30 games for Reading, finishing a spot out of the playoffs in the Championship and making the semifinals of the FA Cup.
2012-13: Hoffenheim relegated to the 2.Bundesliga, Danny signs a four-year deal with English club Reading.
2011-12: Transferred to Hoffenheim, debuting on Sept 10th.
2010-11: Played 14 games for German club Freiberg.