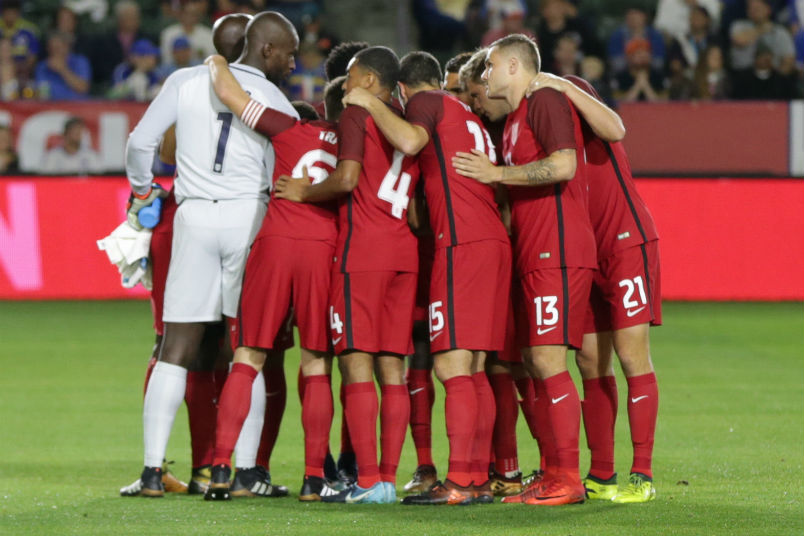 USMNT coach Dave Sarachan reduced his squad from 29 to 20 players to take on Bosnia and Herzegovina on Sunday night at StubHub Center. The out of window friendly ended 0-0. Sarachan went with veteran players on the wings, starting Jordan Morris and Gyasi Zardes.

The USMNT struggled to establish a point of attack in the first-half. Sarachan made three changes at halftime, swapping goalkeeper Bill Hamid for Zack Steffen and bringing on Paul Arriola and Kelyn Rowe. The USMNT responded to the changes.

In the 51st minute, USMNT captain Will Trapp found Morris in the box. Morris didn’t have the angle on the finish, but it was the strongest look from the USMNT attack. Bosnia and Herzegovina responded immediately, playing a goal kick into a questionable penalty. Luka Menalo appeared to foul Trapp just outside of the Bosnia and Herzegovina box only to be brought down by Walker Zimmerman just inside the box. Penalty given, with Haris Medunjanin hitting the post with the attempt after sending USMNT goalkeeper Zack Steffen the wrong way.

“Just the hard work that I’ve put in over the years and the people who helped me get here,” USMNT player Ike Opara told FS1 about getting his debut with the senior squad. “I owe them a lot of credit.”