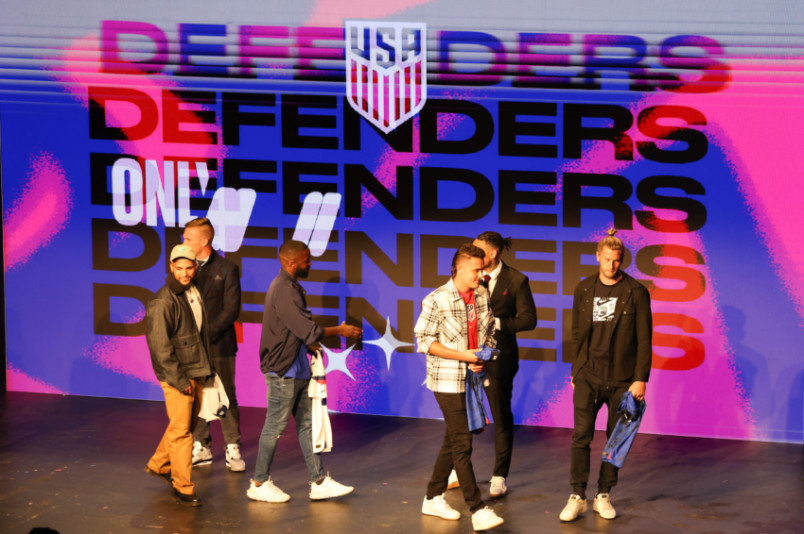 By Luis Bueno – RIVERSIDE, CA (Nov 9, 2022) US Soccer Players – When Major League Soccer began, the US National Team benefited. Not only did MLS provide national team-caliber players a chance for meaningful minutes, but it also provided future national teamers a chance to start and develop their respective careers. Since 1996, the league has evolved substantially, and so has the league’s role in assisting the national team.

The US Soccer Federation announced its 2022 World Cup roster on Wednesday, and of the 26 players that will represent the country, nine play in MLS. The number of players MLS had on the Brazil 2014 roster was ten, with four on the US team that competed at South Africa 2010. Prior to that, MLS had sent quite a few players to World Cups: 11 in 2006 and 2002, and 16 in 1998. There’s a worthwhile caveat to keep in mind, though. The league serves as a springboard, this time with five other members of the squad playing in MLS prior to joining Old World clubs.

Of the group, the most experienced players is Yedlin, who has 75 international appearances. The ex-Seattle man moved to Tottenham in 2015. He went on loan to Sunderland and eventually transferred to Newcastle before leaving England and going to Galatasaray. Yedlin joined Inter Miami before the 2022 season and was second on the club in minutes played, logging 2,986 minutes this season.

Yedlin is the most-capped player on the roster and the only member of this squad to have played at a World Cup. Yedlin was a member of the United States’ team in the World Cup 2014 roster. The next-most experienced player is also an MLS veteran. Acosta is second on this squad with 53 caps. Acosta is fresh off an MLS Cup victory as he has had a stellar week in both lifting the MLS Cup and being named to his first World Cup roster. Acosta contributed directly to LAFC’s MLS Cup win as he scored a goal in the match.

Four of the club’s MLS contingent started the United States’ last competitive games. When the US played Grenada and El Salvador in Concacaf Nations League matches in June, Long started both while Yedlin, Acosta, and Morris got the start against Grenada.

US coach Gregg Berhalter could turn to Morris for goals. Among the World Cup players, Christian Pulisic has scored the most international goals with 21 while Morris is second on the squad, having scored 11 goals in his 49 caps. Ferreria, meanwhile, has been rather efficient with his scoring rate, having hit the back of the net seven times in 15 international appearances.

In previous years, playing in MLS meant not having had much activity before the World Cup. Since traditionally the World Cup has been held in June, MLS-based players typically had roughly two-plus months of league play under their belts before departing their MLS teams for World Cup camp.

Since this tournament is the first time it will be held during the winter, this will also be the first time the roles are reversed. The MLS season just ended on Saturday as the regular season finished in early October and all but two saw playoff activity. Additionally, all of the MLS-based players save Johnson played for the US in World Cup qualifying. Also, five the Americans, Johnson, Moore, Zimmerman, Acosta, and Roldan, were on the United States’ Gold Cup-winning squad in 2021 and two, Acosta and Yedlin, were on the squad that won the Nations League prior to that.

Now, it is the European-based players who are not quite at the halfway point of their respective seasons now shifting focus for the World Cup. However that plays out remains to be seen, but lack of activity is not something MLS players will have to contend with once in Qatar.

All nine of the MLS contingent competed at a high level this season. Acosta is an MLS champion. Johnson backstopped NYCFC to the Eastern Conference final before bowing out to Philadelphia. Johnson’s NYCFC team allowed the fourth-fewest goals in the league this season with 41, the same amount Zimmerman and Moore contributed to with Nashville. Ferreira, meanwhile, was fourth in the league in goals with 18 and was the highest-scoring American player in MLS this season. In fact, he was the only American among the league’s top 22 goalscorers.

Once again, this MLS contingent is experienced, tested, and ready to contribute to the United States’ World Cup hopes, no matter when or where their respective numbers are called.