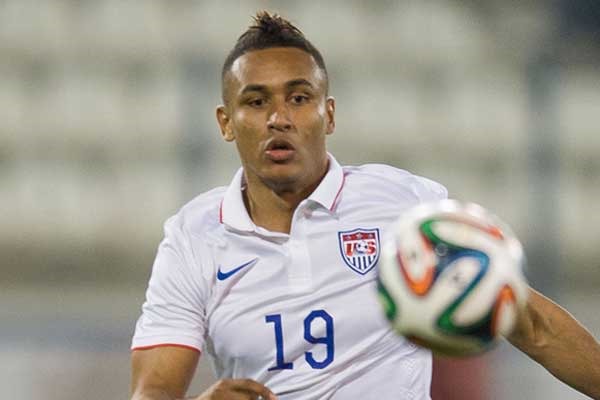 Juan Agudelo burst onto the National Team scene in a way that immediately endeared him to US soccer fans.  He scored in his first full international appearance.  In just a few months, Juan has become a hot topic in American soccer circles, building off his strong showing at youth National Team and Major League Soccer levels. On May 17th, 2012 he was traded to Chivas USA. He moved to New England a year later. In January of 2014 he joined Stoke City and was immediately loaned to FC Utrecht. He rejoined New England in January 2015, moving to Inter Miami by way of Toronto in the 2020 offseason. Agudelo joined Minnesota as a free agent for the 2021 MLS season.

2021: Joined Minnesota United in March.
2020: Made the playoffs with Inter, exiting in the play-in round. Became a free agent at the end of the season.
2019: 7th-place with New England, exiting the playoffs in the opening round. Selected by Toronto in the re-entry draft in December, later traded to Inter Miami.
2018: Finished 8th with the Revs missing the playoffs.
2017: Missed the playoffs with New England.
2016: Finished 7th in the East with the Revs, missing the playoffs.
2015: Joined New England for the 2015 MLS season.
2014: Signed with Stoke City in January, going on loan to FC Utrecht. Finished 10th in the Eredivisie with Utrecht. Unable to join Stoke City over work permit issues, with the Premier League club releasing him over the summer.
2013: Traded to New England on May 7th.
2012: Moved to Chivas USA in a May trade.
2011: Expected to be a regular in New York’s starting eleven, he started the season with a game-winning goal.
2010: Signed with the Red Bulls and made three appearances scoring a goal.
2009: Played with Millionarios’s youth squad in his native Colombia (Juan moved to the US when he was 8).