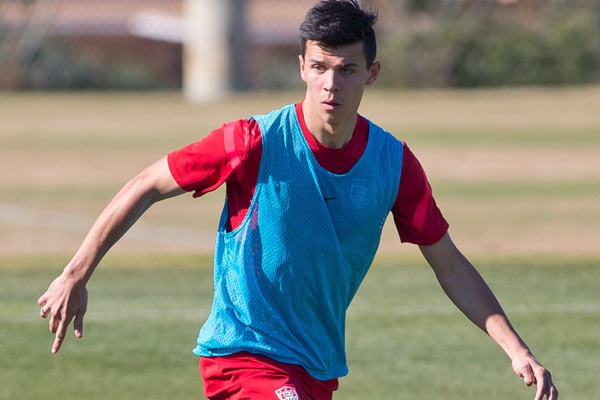 Alfredo Morales grew up in Berlin and is a product of Hertha BSC’s youth system. he got the attention of the USMNT in 2008, playing with the U-20 team. Morales was called into camp with the senior squad in 2011, but didn’t play. After appearing for the USMNT U-23 squad in 2012, Morales stepped up to the senior USMNT in 2013. Morales won his first USMNT cap against Canada on Jan 29. Since he only appeared in a friendly for the USMNT, Morales remains eligible to appear for Germany and Peru, his father’s homeland.

On the club side, Morales broke through with Hertha BSC in 2010 making his debut with the first team. He played for Hertha BSC II and the senior squad through 2013 when he moved to Ingolstadt in the 2.Bundesliga. After winning promotion and then relegated with Ingolstadt, Morales joined newly promoted Fortuna Dusseldorf for the 2018-19 Bundesliga season. He moved to MLS with NYCFC in 2021.