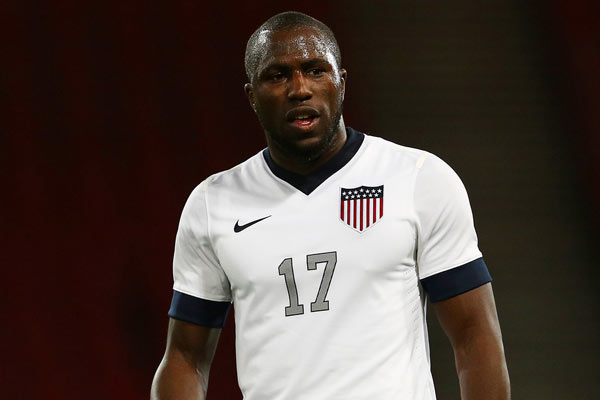 A highly skillful striker, Bradenton alum Jozy Altidore burst into MLS at the age of 16 with the New York Red Bulls towards the end of the 2006 season, scoring four goals in just five starts. Jozy scored his first MLS goal was a game-winner against the Columbus Crew. Altidore then became not just the youngest player to appear in an MLS playoff game, but the youngest to score in one as well. It didn’t take long for the USMNT to take notice.

The following season, Altidore continued his prowess by spending much of the season as partner to NY’s Colombian star Juan Pablo Angel, scoring nine goals. He also helped the USMNT U-20 team to a creditable quarter-final finish in the World Cup in Canada, and won his first senior cap when he came on as a substitute in the 1-0 Nelson Mandela Challenge Cup win in South Africa.

On February 6, 2008, Altidore received his first start up front for the senior USMNT team, and rewarded Bob Bradley’s faith with a bullet header to put the USMNT up 2-1 against Mexico just before half-time. The exhibition game ended 2-2.

Altidore left MLS for Spain’s Villarreal midway through the 2008 MLS Season.  A record outgoing transfer for MLS, Altidore brought in reportedly over $10 million dollars.  He  was loaned to Xerez in February ’09 and then to to Hull City in the English Premier League for the 2009-10 season.  Hull was relegated at the end of the season with Jozy returning to Villarreal.  In January, 2011, he went on loan to Bursaspor.  In the summer of 2011, he signed with AZ Alkmaar in Holland’s Eredivisie.

In July, 2013 Jozy moved to Sunderland in England’s Premier League. He won US Soccer’s Male Athlete of the Year award in 2013. That same year he joined the newly formed FIFA Anti-Racism Task Force. In Feb 2014 he became an ambassador for the UK-based charity Show Racism the Red Card. Altidore returned to MLS with Toronto FC in Jan 2015. He won the US Soccer Player of the Year award in 2016. In February, 2022 Altidore moved to the New England Revolution, joining Puebla on loan in late July. He returned to New England for the 2023 season.

“It’s an honor for me to play for the US.  There is no feeling like playing for the National Team.” from 10 Questions With Jozy Altidore 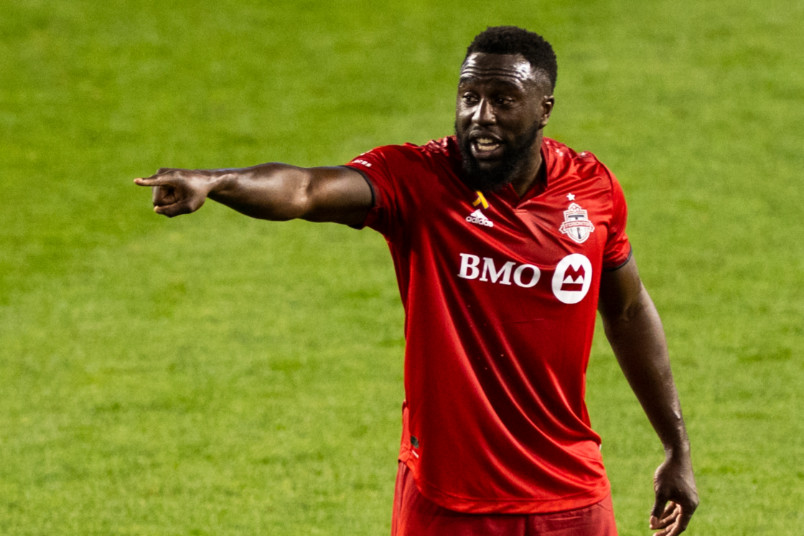 2022: Joined the New England Revolution on Feb 14, going on loan to Puebla on July 29 finishing 13th in the Apertura.
2021: A 13th-place finish in the Eastern Conference with Toronto.
2020: Finished 2nd in the East and advanced to MLS Cup.
2019: 22 games with Toronto, advancing to the MLS Cup final.
2018: Limited to 13 games due to injury, scoring seven goals for Toronto.
2017: Won the MLS Cup, Supporters’ Shield, and Canadian Championship with Toronto.
2016: Lost the MLS Cup final on penalties to Seattle
2015: Made the playoffs with Toronto.
2014-15: Played the first half of the Premier League season with Sunderland. Signed with MLS and Toronto FC during the January transfer window. Helped Toronto make the playoffs in his return to MLS.
2013-14: In his debut season with Sunderland, finished 14th in the Premier League and made the finals of the League Cup.
2012-13: Another strong season with AZ, scoring over 30 goals across all competitions including the winner in the KNVB Beker (domestic cup) final. Moved to Sunderland in the summer of 2013.
2011-12: Finished 4th with AZ in the Eredivisie.
2010-11: Spent the first half of the season with Villarreal where he was a regular in Cup games.  Loaned to Bursaspor in January, 2011.  Joined AZ Alkmaar in Holland on July 15th.
2009: Loaned to Xerez in the Spanish second division after attracting interest from major European clubs during the January transfer window.  Loaned to English Premier League club Hull City for the 2009-10 season.
2008: Transferred to Villarreal in Spain’s La Liga for a record $10 million dollar transfer fee.  Scored his first goal in La Liga on November 1st against Athletic Bilbao and got his first start on November 30th against Recreativo Huelva.
2007: Nine goals and four assists for New York in 24 games overall (17 starts).
2006: Four goals in nine games overall (five starts ) for New York. Youngest to start in an MLS playoff game (0-1 home loss to DC United) and youngest to score in one as well, (1-1 tie at DC United).