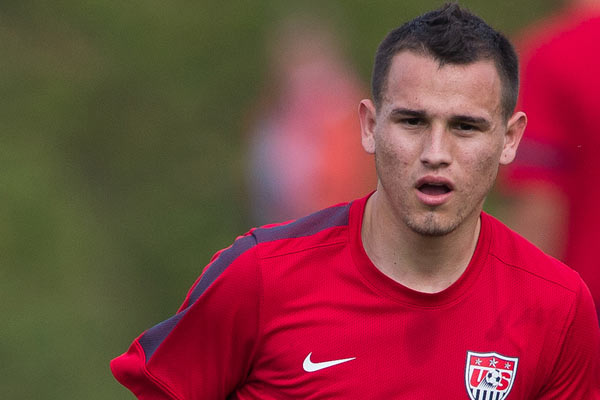 Luis Gil attended the IMG Soccer Academy and started his USMNT career with the U-17 squad. Joining MLS through a weighted lottery, Kansas City picked and then traded him to Real Salt Lake prior to the start of the 2010 season. By 2013, he won the starting job becoming a crucial part of a strong Real Salt Lake team. Gill moved to Queretaro in Liga MX in 2016. He joined Orlando City in 2017 on loan from Queretaro, moving to Colorado and then Houston. Gil spent a season in the Czech league before joining Valley United in USL.

“Yes, I could have signed with Arsenal, but decided to come to Major League Soccer. I have faith in MLS and the coaches here that they will try and help me develop as a player. Since I’ve joined Real Salt Lake the whole coaching staff has been doing a terrific job, in my opinion, of trying to make me the best player I can be.” from 10 Questions with Luis Gil.

2015: Subbed on in the second-half against Panama on Feb 8.
2014: After spending several years in the USMNT youth teams, called into the senior squad for the January camp and played against Korea on Feb 1.