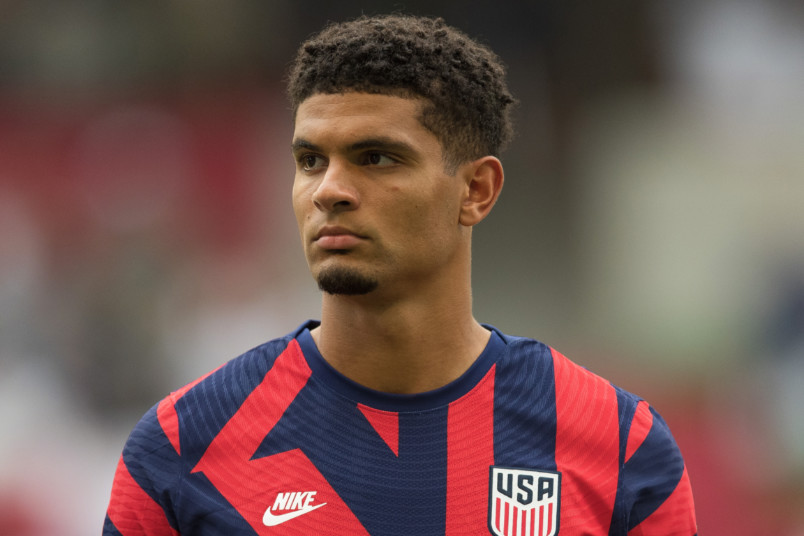 Miles Robinson is turning into a key member of the USMNT back line, playing like a veteran after developing his game at Atlanta United. A versatile player more than willing to push up into the attack, Robinson scored three times before reaching his 10th appearance in a US shirt. At club level, Robinson is an MLS All-Star with United.

2022: Played in nine games with Atlanta, missing the remainder of the season with an injury. United finished in 11th-place.
2021: Named to the MLS All-Star team and MLS Best XI. Finished 5th with Atlanta, exiting the playoffs in the opening round.
2020: Played in 17 games with Atlanta, missing the playoffs
2019: Established himself as a regular with United, playing in 34 games and advancing to the Eastern Conference semifinals. Won the US Open Cup. Named to MLS Best XI.
2018: Played in ten games with Atlanta and 14 with the club’s reserve team Atlanta United 2. Atlanta won the MLS Cup.
2017: Selected second in the SuperDraft by Atlanta United, making six appearances and scoring a goal on-loan to the Charleston Battery.

Youth and College: Played for the Boston Bolts in high school. All ACC at Syracuse and a first team All-American in 2016 and ACC Defender of the Year.