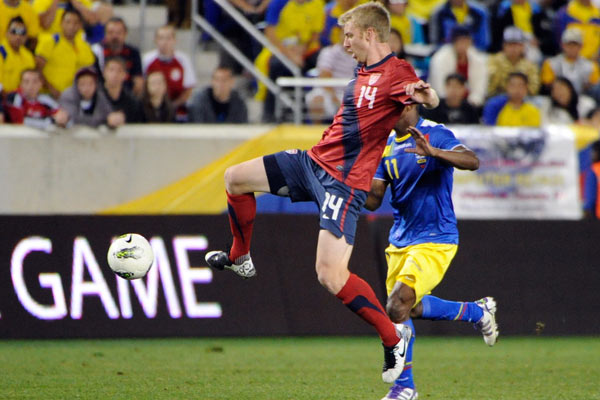 Tim Ream attended St. Louis University and was drafted in the second round and 18th overall in the 2010 MLS SuperDraft by the New York Red Bulls. He went on to start in all 30 regular-season games for the Red Bulls and a finalist for MLS Rookie of the Year honors. During Ream’s second season, he played and started in 28 of 34 matches for the Red Bulls during the regular season, missing six games largely because of US call-ups during the 2011 Gold Cup.

Tim left MLS for Europe for the second-half of the 2011-12 season, signing with Bolton. Ream became a regular in the lineup winning back-to-back team player of the year honors. In August, 2015 he transferred to Fulham.