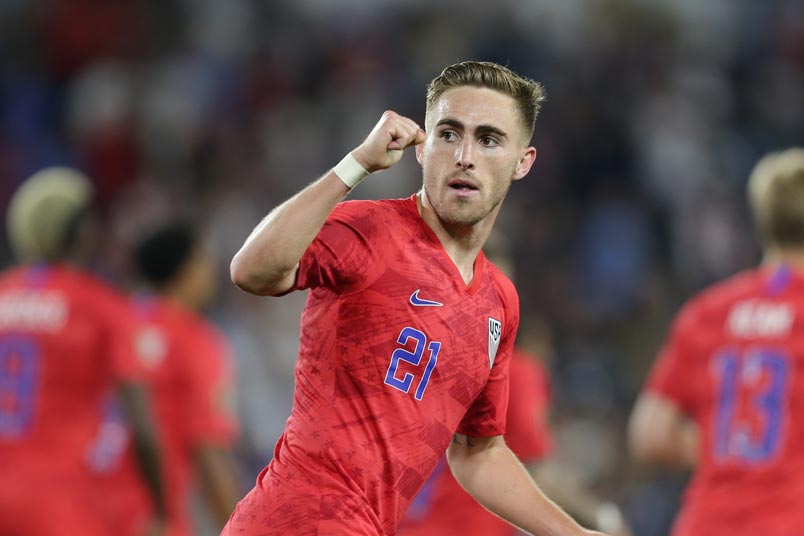 Tyler Boyd is a dual-international that chose to play for the USMNT over New Zealand. Born in New Zealand, Boyd’s family moved to California returning when he was 10. He played for youth clubs in New Zealand before joining Wellington Phoenix. Boyd quickly made the move to European club soccer, ending up on the USMNT radar while playing on loan in Turkey’s Super Lig. He moved to Besiktas for the 2019-20 season.

2019: Changed his international registration to the United States in time for the 2019 Gold Cup. Played in the warm-up friendly against Venezuela on Jun 9. Started the group stage games against Guyana on Jun 18 scoring twice and against Trinidad and Tobago on Jun 22. Subbed on against Panama on Jun 26. Started against Curacao in the quarterfinals on Jun 30. Started against Mexico on Sep 6 and Uruguay on Sep 10. Subbed on against Cuba in the Nations League on Oct 11 and against Canada on Nov 15. Subbed on at halftime against Cuba on Nov 19.
2014: Debuted for New Zealand’s senior squad on Jun 14 after playing with the U-20s. Made five friendly appearances for New Zealand.