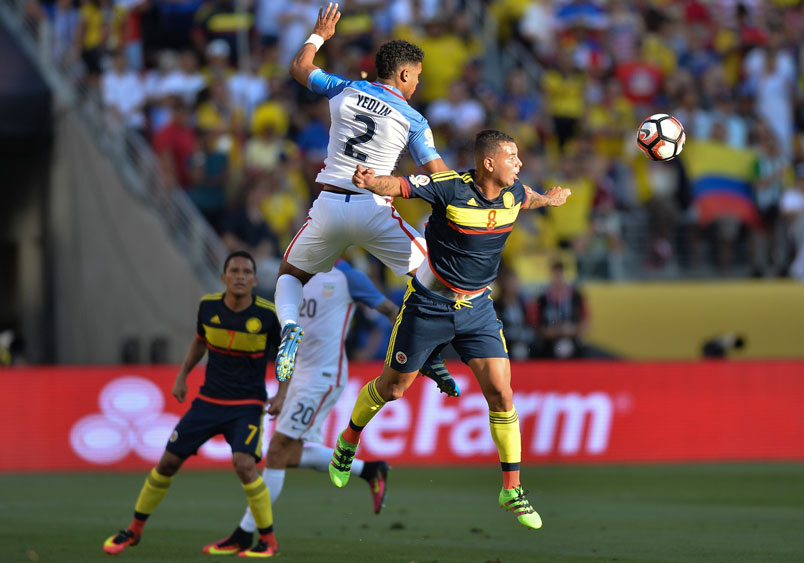 The Copa Centenario opened with a loss for the USMNT, losing 2-0 to Colombia in Group A. Cristian Zapata opened the scoring for Colombia in the 8th minute at Levi's Stadium in Santa Clara, California. James Rodriguez converted a 42nd minute penalty after the referee called DeAndre Yedlin for a handball. Colombia outshot the USMNT 9 to 8 according to the Copa Centenario stats, switching to 11 to 8 in favor of the USMNT in the official match report. Either way, the USMNT finished with two shots on goal.

USMNT coach Jurgen Klinsmann defended his team's effort, telling reporters, "I was absolutely okay with the team performance. Overall, we were totally even." He used all three of his substitutes, bringing on Darlington Nagbe for Jermaine Jones and Christian Pulisic for Bobby Wood in the 66th minute and Graham Zusi for Alejandro Bedoya in the 86th. Bedoya is the only USMNT player carrying a card into the second Group A game. The referee booked Bedoya in the 57th minute for unsporting behavior.

The organizers confirmed on Friday that two yellow cards in two games over the group stage and quarterfinals equals a one game ban. Yellow card accumulation resets following the quarterfinal stage. The quarterfinal and semifinal rounds will not have extra time, with tied games going directly to penalties. For the final, the Copa Centenario is implementing the extra fourth substitute in extra time should the game require it.