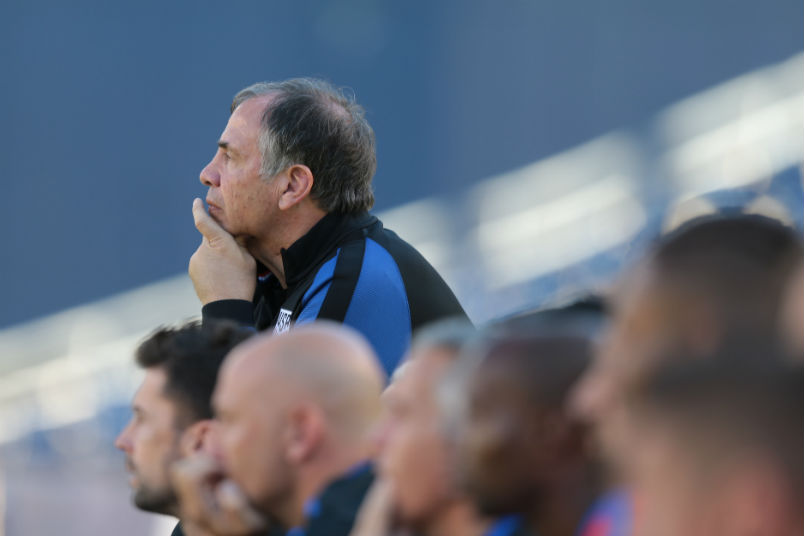 The USMNT started the 2017 schedule with a friendly against Serbia at San Diego’s Qualcomm Stadium. The first 90 minutes for coach Bruce Arena’s second stint in charge ended in a 0-0 draw.

The game was a personal milestone for USMNT forward Jozy Altidore, winning his 100th cap. Sebastian Lletget made his debut for the United States, subbing on at halftime. So did Chris Pontius and Jorge Villafana, subbing on midway through the second-half.

In his post game comments to ESPN, Arena called the result “fair” while praising the contributions of his players. Arena singled out the work done with the back line with players moved into new positions and expected to contribute quickly. “I’m concerned about our outside back positions,” he said. “I think (Graham) Zusi did well today and I’m encouraged by Villafana. Our center backs did well. Nick Rimando did well. (Michael) Bradley had a real solid game in the #6 position. A lot of encouraging things. I would’ve liked to have gotten a goal, but for the most part I think that’s a fair result today.”

The USMNT also announced that San Jose’s Avaya Stadium will host the March 24 World Cup qualifier against Honduras (10:30pm ET – FS1). “This game is very important, and we’ve chosen an outstanding venue in Avaya Stadium,” Arena said. “We think it’s a place where we will get fantastic support from the US fans in a game that’s critical for our effort to qualify for Russia in 2018.”