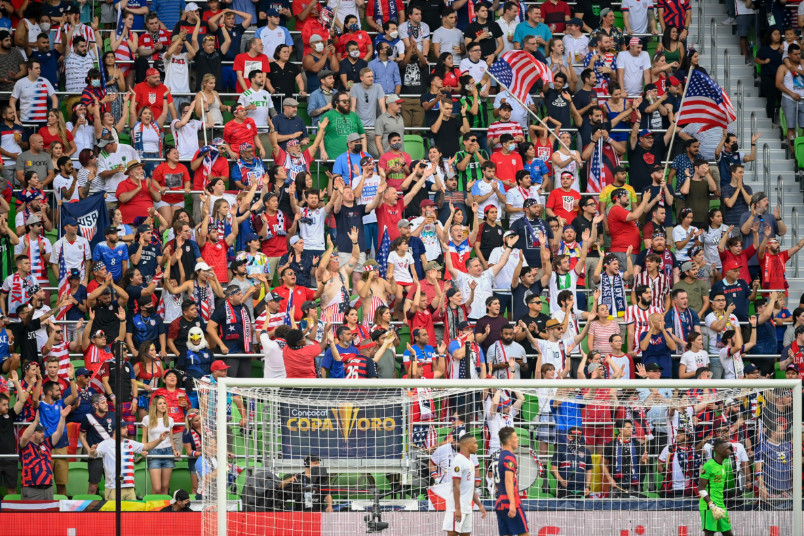 The USMNT survived to advance to the 2021 Gold Cup final where they will play Mexico after a 1-0 win over Qatar at Austin’s Q2 Stadium. It took seeing off a motivated Qatar attack that couldn’t get the ball past USMNT goalkeeper Matt Turner in the first-half. Qatar had a chance to take the lead in the 61st minute, but Hassan Al-Haydos sent the ball over the bar. The USMNT made three substitutions in the 63rd minute, bringing on Gyasi Zardes who would make the difference. Zardes took advantage of a scramble in front of the Qatar goal and an incisive pass from Nicholas Gioacchini, scoring in the 86th minute. The USMNT played out ten minutes of stoppage time to take its place in Sunday’s final. Turner made two saves to keep the clean sheet.

“It’s not just me, it’s a whole team effort,” Zardes told FS1. “Nico, he went on a great run, he played a nice through ball, and I just had to crash the box and sure enough there was open space that I attacked.”

In the other semifinal, Mexico scored late in stoppage time to beat Canada 2-1 in Houston. Orbelin Pineda put Mexico up from the penalty spot in first-half stoppage time with Tajon Buchanan equalizing in the 57th minute. Mexico failed to convert a 68th minute penalty with Canada goalkeeper Maxime Crepeau saving Carlos Salcido’s attempt. The referee stopped play in the 88th minute and brought the players to the center circle over discriminatory chanting from the crowd. The game restarted two minutes into stoppage time. Mexico’s Hector Herrera scored nine minutes into stoppage time to send Mexico to the final.