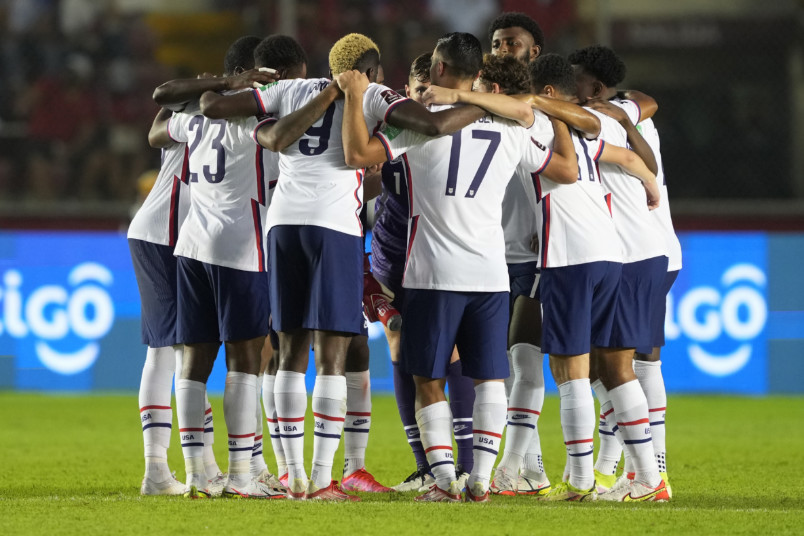 The United States lost its second game of the October international window, losing 1-0 at Panama. A tough first-half for the USMNT turned into a 1-0 Panama lead early in the second in a Concacaf World Cup qualifier at Estadio Rommel Fernandez. Panama’s Anibal Godoy scored the game’s only goal in the 54th minute and goalkeeper Luis Mejia didn’t need a save to keep the clean sheet. The result leaves the USA in 2nd-place on the Octagonal, trailing Mexico by three points and ahead of Panama on goal difference +4 to +3.

“It was clear that we didn’t have our best stuff,” USMNT coach Gregg Berhalter said. “It was the hope that we’d get out of there with a point. Disappointed to give up a goal the way we did and lose the game. It’s a typical Concacaf game, very physical, very aggressive. I think we came up short in a number of areas. So now it’s about rebounding, focusing on the game on Wednesday in Columbus, and having a positive game there and getting three points.”

Elsewhere in Concacaf World Cup qualifying, Jamaica and Canada drew 0-0 in Kingston. Costa Rica beat El Salvador 2-1 at home after falling behind to a 12th minute Jairo Henriquez goal. Bryan Ruiz equalized for Costa Rica in the 52nd and Celso Borges converted a 58th minute penalty. Mexico shutout Honduras 3-0 at Estadio Azteca. Francisco Cordova scored in the 18th minute. With Mexico playing a man up from a 49th minute red card to Maynor Figueroa, Rogelio Funes Moro scored in the 76th and Hirving Lozano finished off the goals in the 86th.

The USMNT concludes the October window at home against Costa Rica on October 13 (7pm ET – ESPN2). Also on Wednesday, Canada plays at Panama, Mexico is at El Salvador, and Honduras hosts Jamaica.