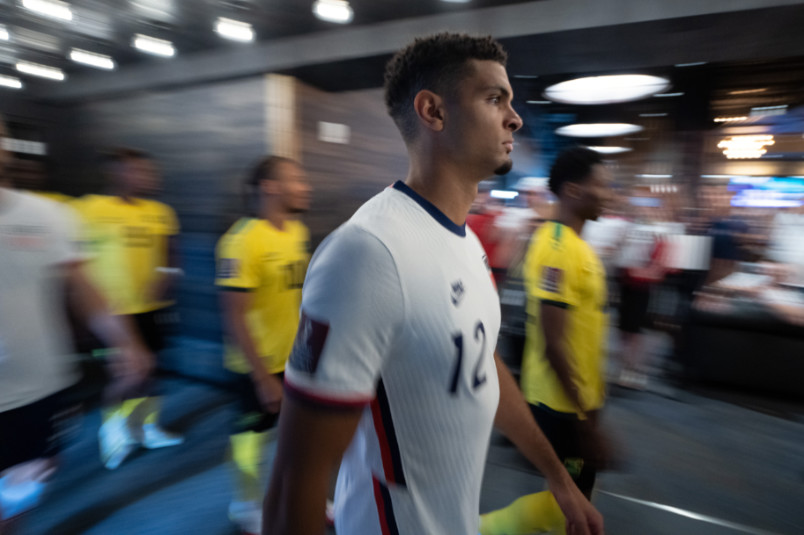 By Jason Davis – WASHINGTON, DC (Dec 24, 2021) US Soccer Players – There’s a new year on the horizon, and everyone knows what that means. It’s prediction time. A new year brings new possibilities, and it’s tough to resist the temptation to wonder what the next 12 months will bring. In soccer, 2022 is a World Cup year. We have to wait more than 11 months for the tournament to arrive, but the vision of the biggest sporting event on Earth appearing in the distance is enough to get the mind spinning about what is to come.

The USMNT will enter 2022 smack in the middle of a World Cup qualifying campaign. The break in the schedule ahead of six remaining games split between a window in late January/early February and one in March makes it easy to speculate. Will the Americans qualify? Who will be the key figures in those six remaining games? Can they not only secure a place in Qatar but finish atop the qualifying table?

The revised qualifying schedule makes the likelihood of big changes within the player pool unlikely. Head coach Gregg Berhalter will manage the talent available because of the rhythms of players in and out of season. Barring extreme disruptions, it’s doubtful that we’ll see fundamental alterations to the group that earned the USMNT 15 points from eight games.

Even without big changes, Berhalter may have to turn to a few players who weren’t significant parts of the 2021 qualifying calendar. Predicting who those players might be is an interesting challenge. There are some soft spots in the depth chart thanks to injury, and the three-game windows make rotation a necessity.

Picking out the players who will rise to prominence in 2021 turns on the evidence of the last four months. At the start of 2021, it was much more difficult to know which of the young group of emerging stars would not just make it into the USMNT squad but would become critical by the year’s end.

Circumstances conspired to thrust both players into the international spotlight earlier than expected. While each had the makings of a future contributor, the steep ascent of their careers for their country was less predictable.

Aaronson’s year began with his first appearance in Austrian Bundesliga following a transfer from the Philadelphia Union to Red Bull Salzburg. It took the New Jersey native just a few weeks to score his first goal, a game-winner against Austria Vienna.

This time last year, Aaronson had just two USMNT caps to his name, both of them in friendlies. Aaronson scored his first international goal in a 6-0 romp over El Salvador in early December. A few weeks later, he arrived in Europe as one to watch for the USMNT, but he had yet to leap into the first-team plans.

That remained the situation for two-thirds of the year. Aaronson appeared in three friendlies over three months and added two more goals to his total while remaining the second choice to several other of his Europe-based teammates. In the Nations League, the USMNT beat Honduras and Mexico in early June with Aaronson an unused substitute in both games.

Aaronson was on the scene, part of the team, and seemed likely to remain in the picture. Not more could be said about his prospects heading into the qualifying phase of the calendar. Then the winds shifted, dramatically. A series of injuries and absences opened the door for Aaronson to stake a claim to a place in the attacking rotation. Without Giovanni Reyna, Christian Pulisic, Tim Weah, and others the USMNT needed an in-form wide attacking player to step up.

That situation created Aaronson’s opportunity. He started the qualifying opener against El Salvador in San Salvador and subsequently appeared in every Concacaf qualifier to date. Berhalter used Aaronson in his first XI in all but two of those games, one of them the match away to Honduras when Aaronson entered at halftime and scored as part of a comeback win.

If and when the United States is back to full strength in advanced areas of the formation, Aaronson can serve as both a trusted starter and as a weapon off the bench. During a fall when Berhalter needed to rework his squad, Aaronson’s unceasing engine and growing confidence played an important role. He’s in excellent form in Austria where he is now a regular starter for a club at the top of the table. Red Bull has also advanced to the knockout rounds of the Champions League.

What Aaronson had done in the forward line, defender Miles Robinson has done at the back. The Atlanta United center back went from “USMNT prospect” to one of the first names on the team sheet during qualifying. Robinson’s rise came chiefly through the Gold Cup.

Berhalter’s choice to call in a mostly MLS-based group laden with potential but lacking the star power of the Nations League group. That paid off when the Americans beat Mexico in the final and claimed the trophy. The experience gave Berhalter a chance to see his young players playing under pressure in a tournament situation.

Robinson played every minute of the Gold Cup, including 120 minutes against Mexico in the final. The 24-year-old hardly put a foot wrong despite the workload. His incisive passes had already impressed before his 117th minute goal against Mexico gave the Americans the title.

That consistency won Robinson a starting position in the middle of the defensive line when qualifying began. Personnel issues in other areas of the field dogged Berhalter, but he never turned away from Robinson. The former Syracuse man started six of the eight USMNT qualifiers and locked down his role for 2022.

At the start of 2021, Aaronson and Robinson were unproven on the international stage. Despite their obvious talent, it wasn’t clear if they’d get on the field more than a handful of times in the new year.

Thanks to fortuitous timing and a program in a state of openness to giving younger unproven players a chance, the pair not only played, but they also thrived. Each has staked a claim to regular starts and regular minutes.