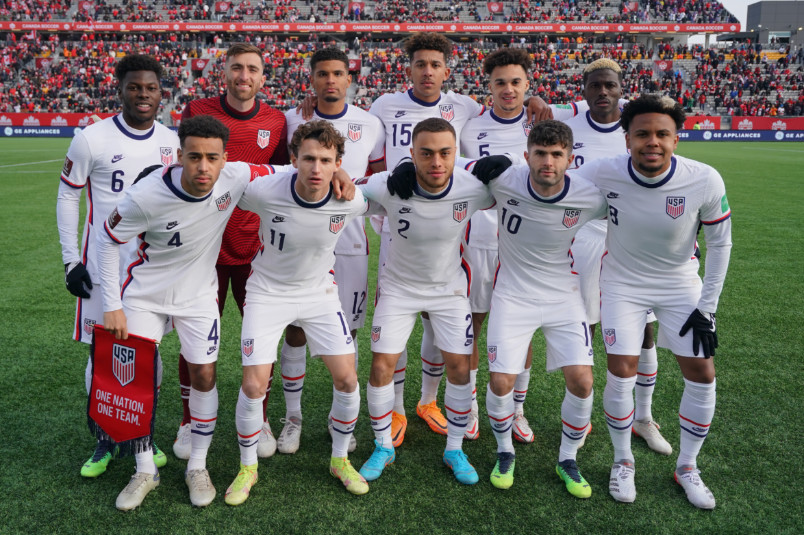 Canada stays top of the Octagonal table with a 2-0 shutout of the United States at Tim Hortons Field in Hamilton, Ontario. Cyle Larin scored in the 7th minute, once again showing how dangerous Canada has become on the counterattack. The US played a man down late with an injury to Chris Richards after using all of their substitutes. Sam Adekugbe doubled the lead five minutes into stoppage time. The USMNT regroups to host Honduras in St Paul on Wednesday (7:30pm ET – FS1) in its final game of the January/February international window.

“I don’t think today was an issue of poor finishing,” USMNT coach Gregg Berhalter said during his postgame comments. “I can be wrong, I’ll watch the tape again. I think it was more of lack of chances, creation that I think got us down a little bit, lack of precision in the final third. But overall, again, when we talked about what we needed to do to win this game, we checked almost all the boxes and that I’m pleased with that.”

Elsewhere in Concacaf World Cup qualifying, Panama beat Jamaica 3-2 at home. Jamaica took the lead from a 5th minute Michail Antonio penalty, but gave up an own-goal equalizer in the 43rd. Panama went up from a 51st minute Eric Davis goal, adding another through Anibal Mello in the 68th. Jamaica’s Andre Gray pulled a goal back in the 87th. Mexico and Costa Rica finished 0-0 at Estadio Azteca with Costa Rica putting three shots on goal to El Tri’s one. The round concluded with El Salvador winning 2-0 at Honduras. Nelson Bonilla scored in the 35th and Darwin Ceren doubled the lead two minutes into stoppage time.

The results leave the top of the Octagonal table the same with Canada in 1st-place with 24 points. 2nd-place USA and 3rd-place Mexico are in a tie with 18 points and Panama is in 4th with 17 points. Costa Rica is four points out of the qualifying spots in 5th-place. El Salvador (9 points), Jamaica (7 points), and Honduras (3 points) finish out the standings.