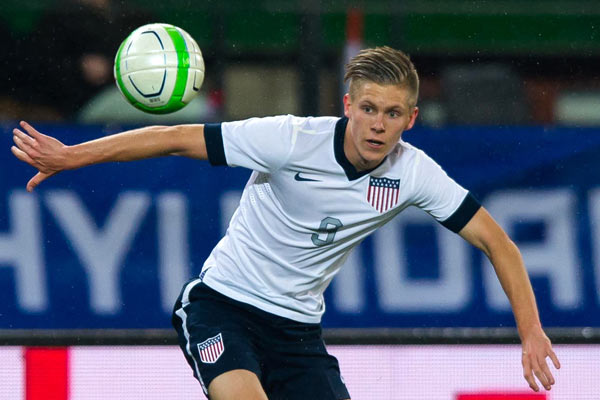 At club level, Johannsson played in the youth squads for several Icelandic clubs before making the first team with Fjolnir in Iceland’s second division (the 1. deild karla) in 2008. He joined AGF Aarhus in Denmark’s topflight in 2010. In Jan 2013, he signed with AZ Alkmaar in the Netherlands, partnering with USMNT striker Jozy Altidore and filling the principle striker role when Altidore left for the Premier League at the end of the season. Johannsson was quick to make his mark with AZ, winning a starting job in his first full season and scoring goals. In August 2015, Johannsson transferred to Werder Bremen in the Bundesliga. He joined Hammarby in 2019 moving to Poland’s Lech Poznan in January, 2021. Johannsson left Lech Poznan in September, 2021. He joined Valur in Iceland in November, 2021.

2021-22: Left Lech Poznan early in the season, joining Valur in Iceland’s topflight in Nov 2021.
2020-21: Transferred to Lech Poznan in Poland in January, finishing 11th.
2019-20: Moved to Sweden with Hammarby. Finished 8th in the Allsvenskan with Hammarby.
2018-19: Injury issues in his final season with Werder Bremen, finishing 8th.
2017-18: Missed time with injury, finishing 11th in the Bundesliga with Werder Bremen.
2016-17: 8th in the table with Werder Bremen.
2015-16: Transferred to Werder Bremen in the Bundesliga days before the start of the season. Missed most of the season due to injury.
2014-15: Part of an AZ team that finished 3rd in the Eredivisie. Scored 9 goals in 21 games.
2013-14: A regular with AZ, playing in 32 games and scoring two goals in the Europa League. AZ made the Eredivisie Europa League playoff by finishing 8th but lost in the finals to Groningen.
2012-13: Played in 18 games with AGF Aarhus scoring 14 times and got his first experience at European level with two appearances in the Europa League qualifying round. Joined AZ on Jan 29, 2013 and played in 5 games scoring 3 goals. AZ finished 10th, but won the KNVB Beker domestic cup competition and qualified for the Europa League.
2011-12: Played in 30 games with AGF Aarhus scoring 7 goals. AGF finished 5th and qualified for the Europa League.
2010-11: Signed with AGF Aarhus in Denmark.
2010: Playing in a higher division with Fjolnir, made 18 appearances and scored 12 times.
2009: Played 16 times for Fjolnir, scoring a goal.
2008: Played in three games with Fjolnir, a lower division Icelandic club.