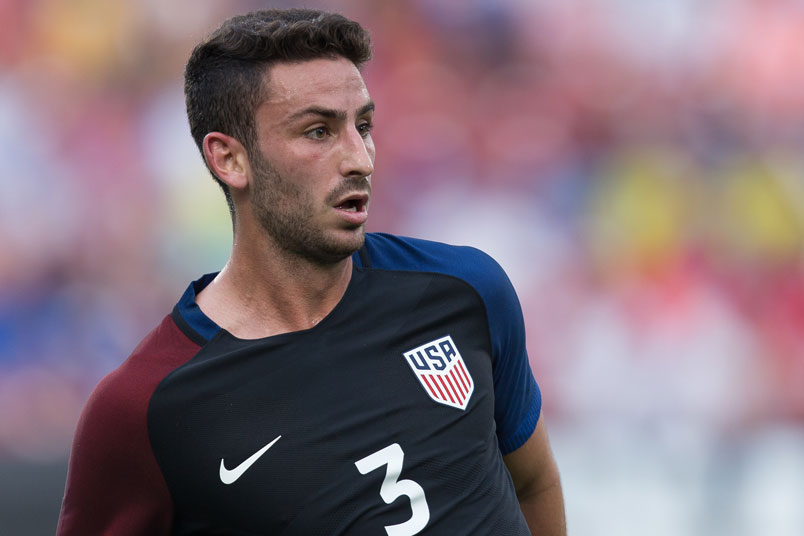 Steve Birnbaum drew attention from the beginning of his MLS career. Drafted by DC United out of the University of California in 2014, he was a finalist for the Rookie of the Year award. It didn’t take long for the USMNT to come calling, with Birnbaum part of the 2015 January camp. Since then, Birnbaum has become a regular with the USMNT, scoring in the 2016 January friendly and playing in World Cup qualifying.

2017: Started against Serbia on Jan 27 and Jamaica on Feb 3.
2016: Scored against Iceland on Jan 31. Made the Copa Centenario roster, subbing on against Ecuador on Jun 16. Subbed on against Argentina in the semifinals on Jun 21. Started in the World Cup qualifiers against St Vincent and the Grenadines on Sep 2 and Trinidad & Tobago on Sep 6. Subbed on against Cuba on Oct 7.
2015: Called into January camp, making his debut against Chile.

High School and College: Went to Northwood High School in Newport, California. Spent five seasons at the University of California due to a red shirt year in 2012. Eventually made 72 appearances for Cal. Played in the 2012 Pan American Maccabi Games.