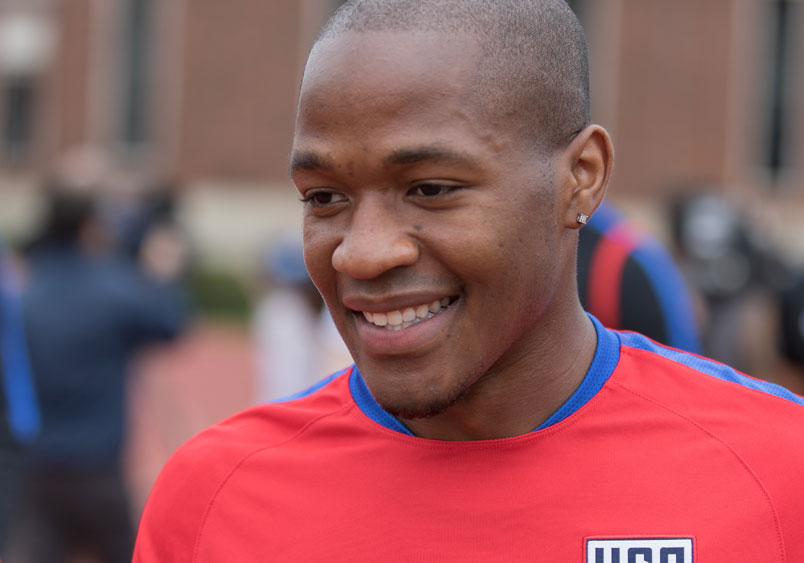 Darlington Nagbe is the son of professional soccer player Joe Nagbe. Born in Liberia, he and his family immigrated to Europe and then to the United States. He played his youth soccer in Cleveland, joining the strong University of Akron squad where he was part of the 2010 College Cup winning squad and won the Hermann Trophy. Portland took Nagbe with the second pick of the 2011 SuperDraft. He won the 2015 MLS Cup with the Timbers.

At USMNT level, Nagbe became a citizen in 2015. He made his first appearance with the National Team on Nov 16, 2015. Nagbe joined Atlanta United for the 2018 season. He moved to Columbus for the 2020 season.

2019: Finished 2nd in the East and advanced to the conference semifinals with Atlanta. Traded to Columbus for allocation money in November.
2018: Won MLS Cup with Atlanta.
2017: Part of a Portland Timbers squad that finished top of the western Conference table. Traded to Atlanta United in December.
2016: Played in 27 games scoring once and made the All-Star Team.
2015: 33 games and five goals in an MLS Cup winning season.
2014: Played in 32 games for Portland.
2013: Scored nine times in 34 games for Portland.
2012: Made 33 appearances scoring six times.
2011: Drafted at #2 by Portland, Nagbe played in 28 games scoring twice and winning Goal of the Year.

Youth Soccer: Nagbe played for Lakewood High School and Region II ODP. He also spent time with the Cleveland Internationals in the USL while attending the University of Akron.