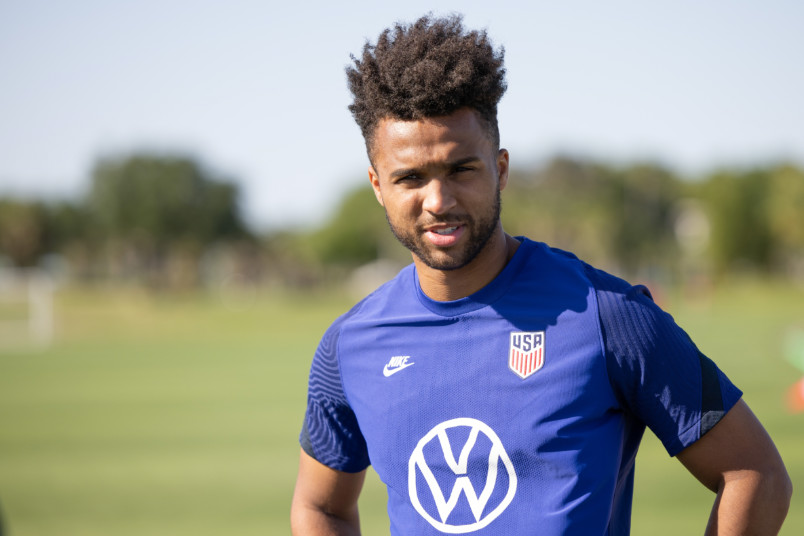 Erik Palmer-Brown started playing pro soccer with Sporting Kansas City, moving into the first team during the 2014 season. The right-footed central defender went on-loan to Porto in 2016 playing for their reserve team. In 2018, Palmer-Brown joined Manchester City where he has spent several seasons on loan to clubs in Belgium’s Pro League, the Eredivisie, the Austrian Bundesliga, and Ligue 1. At USMNT level, Palmer-Brown debuted in 2018 for the senior squad. 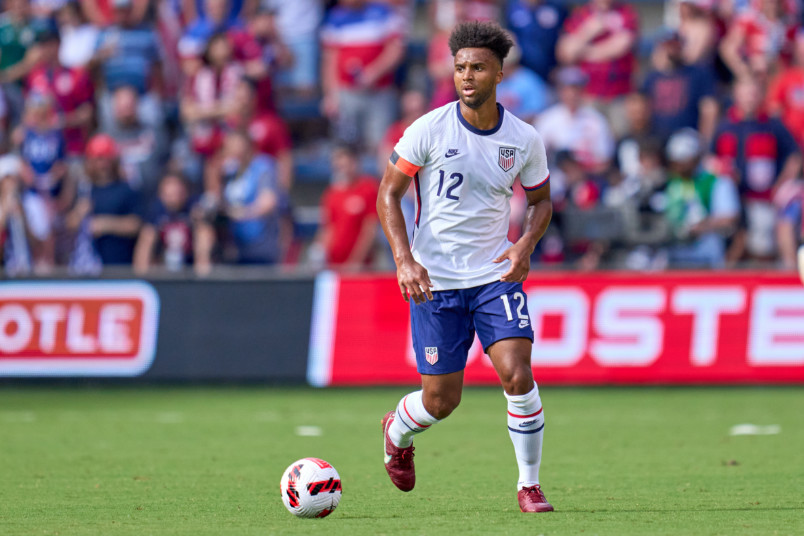 2021-22: Joined Troyes in Ligue 1 on loan.
2020-21: Spent another season on loan with Austria Vienna, playing in 18 Bundesliga games and finishing in 8th-place.
2019-20: Joined Austria Vienna on loan with the club finishing 7th and losing in the league’s Europa League playoff.
2018: Spent the second-half of the 2017-18 season on loan to Kortrijk n Belgium’s Pro League making nine appearances.
2017: Played 10 games for Sporting and five for their reserve team. Signed with Manchester City following the season.
2016: Went on loan to Porto in Portugal, making 17 appearances for Porto B.
2015: Made seven appearances for Sporting.
2014: Played three games with Sporting KC.
2013: Signed with Sporting Kansas City.

Youth and college: Part of the US Soccer Developmental Academy.