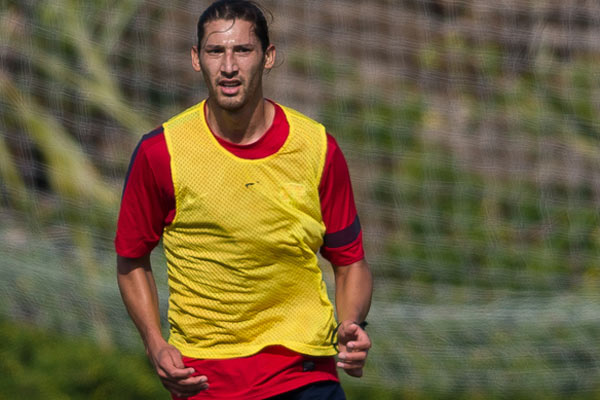 After leaving the University of Maryland, the Los Angeles Galaxy made Omar Gonzalez the third-overall pick in the 2009 MLS SuperDraft. Entering Major League Soccer with high expectations, he delivered with a Rookie of the Year performance. A key part of the LA Galaxy championships, several European clubs expressed interest in Gonzalez. He joined FC Nurnberg in Germany’s Bundesliga on loan in 2012, but was injured in training. He returned to MLS in time to help LA to another MLS Cup with an MVP performance in the final.

Gonzalez transferred to Liga MX club Pachuca for the 2016 Clausura season. He moved to Atlas for the 2018 Aperutra. In July 2019, Gonzalez returned to MLS with Toronto FC. He moved to the New England Revolution in December, 2021.

2020: Finished 13th with Toronto, moving to New England as a free agent in December.
2018-19: Joined Atlas for the Apertura finishing in 17th-place and in 13th-place in the Clausura. Moved to MLS with Toronto in Jul 2019 finishing 4th in the East and advancing to MLS Cup.
2017-18: Finished 12th in the Clausura with Pachuca, 9th in the Apertura.
2016-17: Won the Clausura with Pachuca. Finished 2nd in the Apertura exiting the playoffs in the quarterfinals.
2015: Made the playoffs with the Galaxy. Transferred to Liga MX club Pachuca in December.
2014: Won MLS Cup as a member of the LA Galaxy.
2013: Made the playoffs with the Galaxy.
2012:  While on loan to Nurnberg in January, suffered an ACL injury.  Recovered and named MVP of the 2012 MLS Cup.
2011: Another strong year for the Galaxy, winning the MLS Cup.
2010: Named to the All-Star team and Best XI in his second season with LA.
2009: Joined Los Angeles as the third pick in the SuperDraft. Part of a Galaxy squad that made the MLS Cup final.