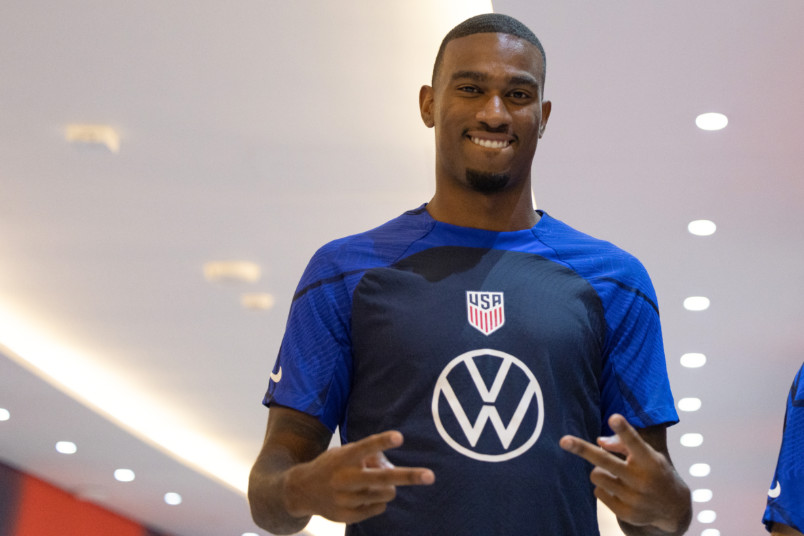 Haji Wright played at every level for the USMNT before debuting for the senior squad during the June 2022 friendlies and called in during the September window. That gave him just enough time to claim a spot on the 2022 World Cup roster, subbing on in the group stage opener and starting the second game. At club level, Wright signed with the New York Cosmos in 2015, moving to Schalke and playing for their youth side in 2016. By 2018-19 he was getting Bundesliga appearances. Wright moved to VVV Venlo in the Netherlands for the 2019-20 season, joining Superliga club Sonderjyske for the 2019 season. Wright went on loan to Antalyaspor in Turkey in 2021-22, joining permanently following the season.

2022-23: Stayed with Antalyaspor on a permanent transfer.
2021-22: Moved to Turkish Super Lig club Antalyaspor on loan from Sonderjyske, playing in 32 games and scoring 14 goals.
2020-21: Moved to Sonderjyske in Denmark, playing in 29 games and scoring 11 goals.
2019-20: Moved to VVV Venlo in the Eredivisie, playing in 22 games and finishing 13th.
2018-19: Made seven appearances for Schalke, finishing 14th in the Bundesliga.
2017-18: Played in 15 games on loan to 2.Bundesliga club Sandhausen. Became part of the first team late in the season with Schalke finishing 2nd.
2016-17: Joined Schalke in the Bundesliga, playing for their youth team.
2015: Signed with the New York Cosmos in the NASL, playing in three games for the first team on a title winning squad.