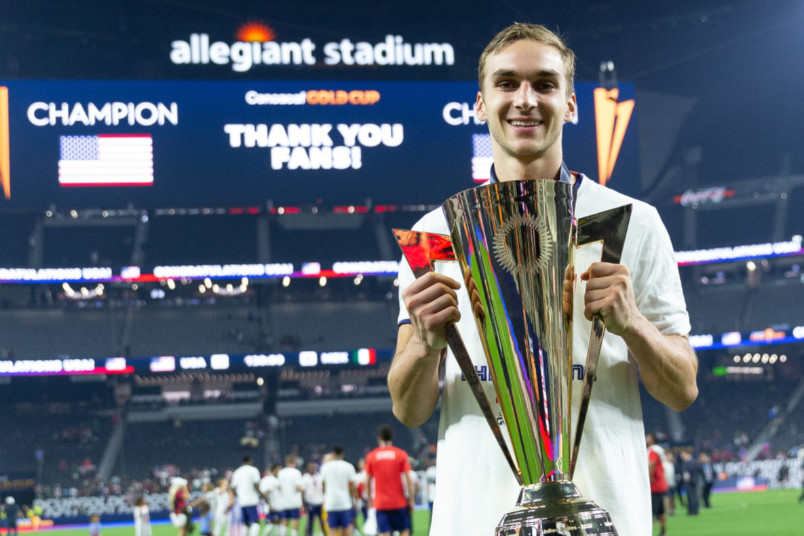 James Sands quickly emerged as an option for the USMNT in 2021 in part due to his ability to play as a defender or in midfield. Giving a coach a tactical option helped Sands emerge from the NYCFC academy as a first team player in 2017. By 2019, he was a regular with NYCFC building up a reputation as either a defensive midfielder or a defender. That versatility worked at USMNT level as well, with Sands part of the 2021 Gold Cup winning squad. Won the 2021 MLS Cup with New York. Moved to Rangers in January, 2022.

2021: After making 42 appearances with the USMNT U-17s, Sands was called into the 2021 Gold Cup squad. He won his first senior cap

Youth and College: Part of the NYCFC academy system.