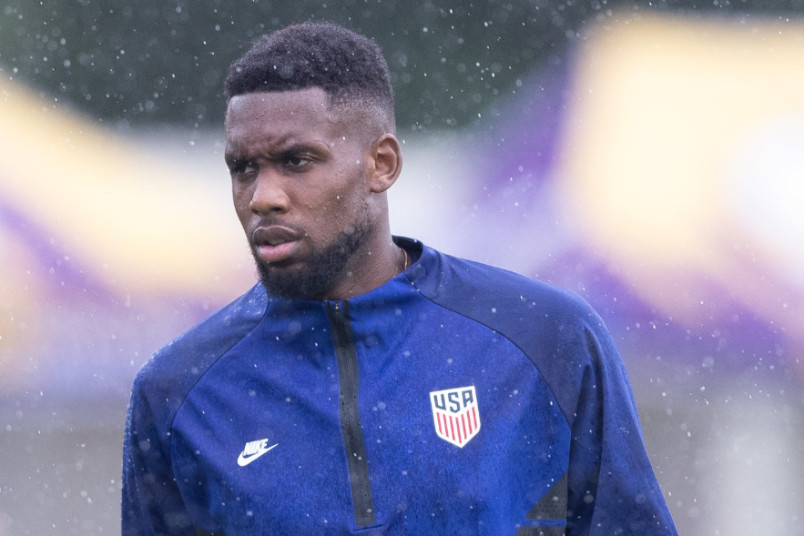 Jordan Pefok started his international career with France before switching to the USMNT. Part of the youth system at Reims, he got his first opportunity in Ligue 1 during the 2014-15 season. A regular during the 2015-16 season, Pefok stayed with the club when they were relegated to Ligue 2. After spending part of 2016-17 on loan to a lower division side, Pefok once again established himself as a first team player with Reims during the 2017-18 Ligue 2 season. His 17 goals meant a move to Ligue 1 club Rennes where he spent two seasons before moving to Young Boys in the Swiss Pro League. Joining the USMNT in 2021, Pefok has already shown that he can score for club and country. Finishing the 2021-22 season as the leading scorer in Switzerland’s top league, Pefok moved to Bundesliga club Union Berlin for the 2022-23 season.