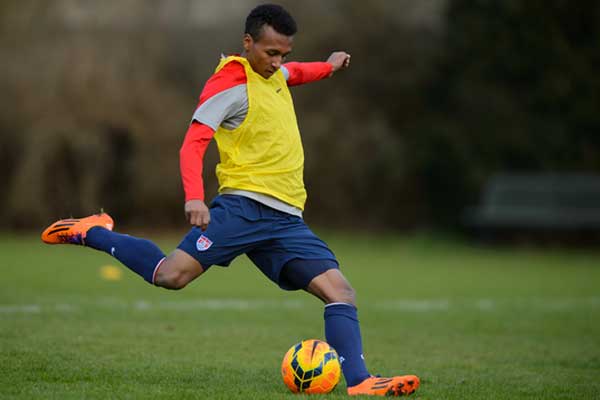 Julian Green chose the USMNT with eligibility and interest from the German National Team. Green is a product of the Bayern Munich system and the Germany youth national teams. He signed as a professional with Bayern Munich in 2013, playing in the Champions League in November. Born in Tampa, FL, Green was heavily recruited by USMNT coach Jurgen Klinsmann and eventually made the decision to switch his international registration to the USA. He played one game for the USMNT at youth level, playing 18 times at youth level for Germany. Green debuted for the senior USMNT on Apr 2, 2013 in a friendly against Mexico.

On the club side, Green spent the 2014-15 Bundesliga season with Hamburg on loan from Bayern Munich. He stayed with Bayern the following season, playing for their reserve team. Green moved from Bayern to VfB Stuttgart midway through the 2016-17 season. He went on loan to SpVgg Greuther Furth for the 2017-18 2.Bundesliga season, eventually signing with the club. Green helped them win promotion for the 2020-21 Bundesliga season.

Obviously this was a big decision, and I spent a long time discussing it with my family. I was born in Florida and my father still lives there, so I have deep roots in the U.S. I’m very proud to be representing the United States. A big part of the decision was the experience I had in Frankfurt. All the players were super nice and welcomed me from the beginning. Clint Dempsey gave me a jersey with my name on it, and the way they supported me gave me a lot of belief. The coaches have shown a lot of trust in me, and now I hope to do everything I can to earn a spot on the World Cup roster. 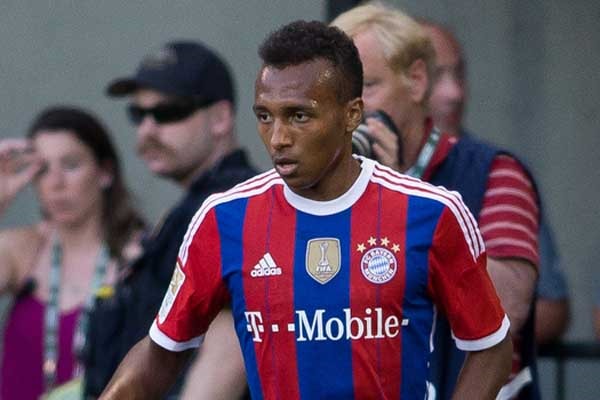 2021-22: Made 24 Bundesliga appearances for Furth, with the club dropping to the 2.Bundesliga at the end of the season.
2020-21: Won promotion with Furth, scoring in the deciding game on the final day of the season. Played in 30 league games.
2019-20: Finished 9th in the 2.Bundesliga with Furth playing in 23 games and scoring four goals.
2018-19: Played in 29 games scoring four goals with Furth finishing 13th.
2017-18: Joined SpVgg Greuther Furth on loan, finishing 15th in the 2.Bundesliga and playing in 24 games with three goals.
2016-17: Joined Stuttgart during the January transfer window, winning promotion to the Bundesliga. Played in 10 games, scoring once.
2015-16: Played in the reserve team for Bundesliga and DFB Pokal winners Bayern Munich.
2014-15: Loaned to Hamburg from Bayern Munich, finishing in 16th-place.
2013-14: Signed as a professional with Bayern Munich, appearing for their reserve side. Made his Bayern debut in the Champions League on Nov 27, 2013.