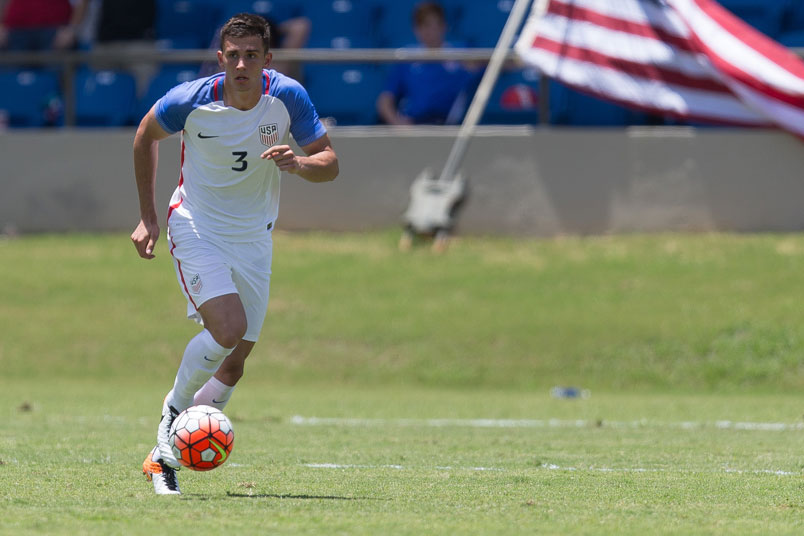 Matt Miazga made the move from the New York Red Bulls to Chelsea, spending time on loan to clubs in the Netherlands, France, and England. He showed quickly the kind of form that’s made him part of the USMNT’s plans.

A member of several strong New York Red Bulls teams, Miazga quickly emerged as one of the best young forwards in MLS. By the 2015 season he was a regular in New York’s starting lineup. That led to signing with Chelsea at the end of the season. Miazga spent two seasons on loan to Vitesse Arnhem in the Eredivisie and half a season with Nantes in Ligue 1 and then Reading in the Championship. Miazga moved to Anderlecht for the 2020-21 season, playing in La Liga with Alaves in 2021-22. Miazga moved from Chelsea to Cincinnati in August, 2022.

At National Team level, Miazga had plenty of experience with the USMNT youth teams before winning his first senior cap in 2015. Miazga made regular appearances with the USMNT in 2018.

Youth Soccer: Played for Clifton High School in New Jersey and was a member of the Red Bulls academy.