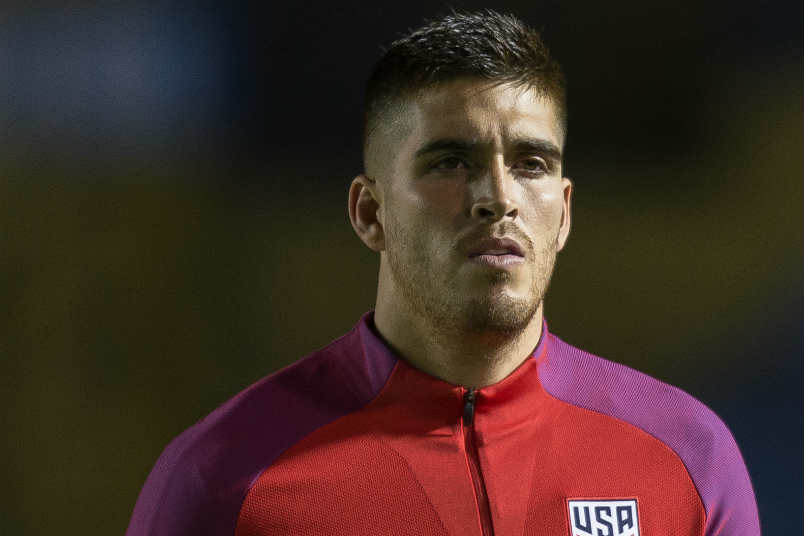 USMNT player Ventura Alvarado played for one of the biggest clubs in North American soccer, Liga MX’s Club America. That gave him ample experience in front of the big crowds at Estadio Azteca. Alvarado is already a two-time Liga MX winner, taking the 2013 Clausura and the 2014 Apertura with America along with the 2014-15 CONCACAF Champions League. In 2017, he moved to Santos Laguna for the Apertura season. He joined Necaxa for the 2018 Clausura. In 2020, he moved to San Luis. Alvarado moved to MLS with Inter Miami midway through the 2021 season, joining Juarez for the 2022 Clausura. The Phoenix native chose the USMNT for his international allegiance, making his debut against Denmark on March 25, 2015.

2015: Debuted against Denmark on Mar 25 and quickly added to his cap numbers through two European swings. Played against the Netherlands on Jun 5 and Germany on Jun 10. Started for the USMNT in their 2015 Gold Cup opener against Honduras on Jul 7 and against Panama on Jul 13. Started the Gold Cup quarterfinal against Cuba on Jul 18. Started the Gold Cup semifinal against Jamaica on Jul 22. Subbed on against Peru on Sep 4 and started the Sep 8 friendly against Brazil. Subbed on against Costa Rica on Oct 13.