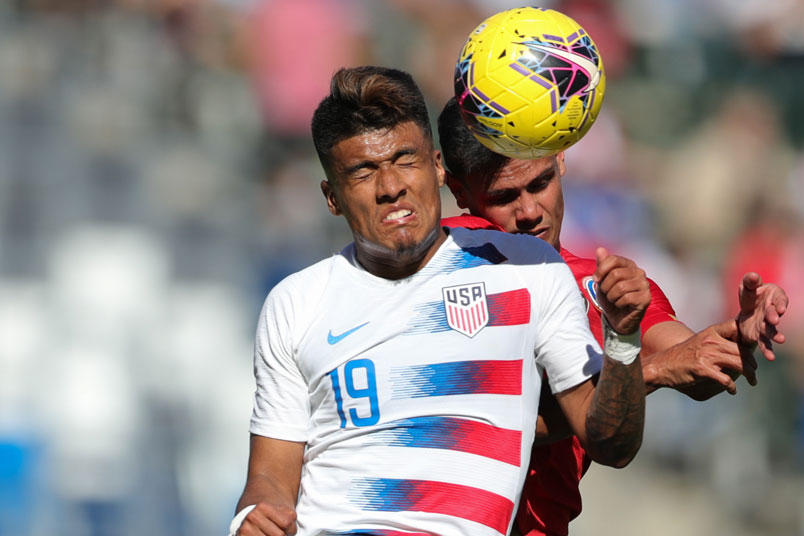 A 49th minute penalty was the difference with the USMNT shutting out Costa Rica 1-0 in Carson, California. With a lineup that featured several players making their debut, it was Ulysses Lllanez getting his first game and first goal for the United States. Gyazi Zardes had a goal called back for offside in the 85th minute. Sean Johnson and Bill Hamid shared the clean sheet for the USMNT.

The friendly concluded an interesting January camp for the USMNT. Originally scheduled for Doha, Qatar the tensions in the Middle East meant moving camp to Bradenton, Florida. From there, the USMNT spent a week in Carson in advance of the Costa Rica friendly.

With a mix of Olympic age-eligible players and veterans, the camp had a split focus. Olympic qualifying is on the schedule for March, with the USMNT working to field a squad that can qualify for the Tokyo Olympics. That meant players getting their full national team debuts for the USA. Along with Llanez, Brenden Aaronson, Jesus Ferreira, Mark McKenzie, Brandon Servania, and Chase Gasper all won their first caps.

With Costa Rica fielding a squad with more experience, it was the USMNT trying to get a goal early with plenty of pressure. The USMNT finished with the advantage on shots, shots on goal, possession, passing, and passing accuracy.

Next on the schedule for the USMNT is a trip to Europe during the March international window. The USA plays the Netherlands in Eindhoven on March 26 (2:45pm ET – ESPN2), and Wales in Cardiff on the 30 (2:30pm ET – FS1).