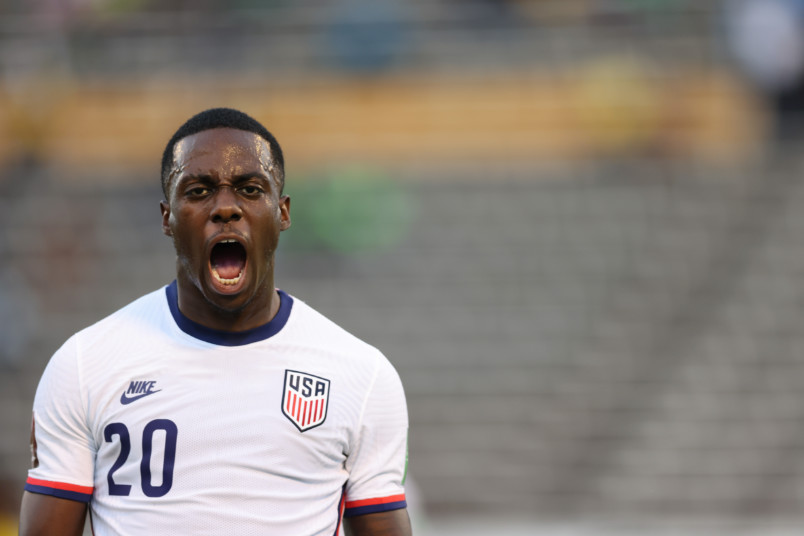 The United States took the lead early in the first-half, but Jamaica came up with the equalizer in a physical game in Kingston. Tim Weah put the USA up in the 11th minute with an assist from Ricardo Pepi. Jamaica responded through Michael Antonio, equalizing from distance in the 22nd minute.

“I saw Pepi,” Weah told CBS Sports. “I’m used to connecting with him, so we just connected on a 1, 2. Got in the box, and it was my opportunity to score. I shot, and fortunately for me the ball went in.”

It’s now Canada leading the Octagonal table with 16 points after eight games. The United States is a point behind in 2nd. Mexico drops to 3rd-place on goal difference, tied on 14 points with 4th-place Panama.

The United States is back in action for an out of window camp in December. They play Bosnia and Herzegovina in Carson on December 18. Concacaf World Cup qualifying resumes in a unique Jan/Feb 2022 window with three games starting at home against El Salvador on January 27, at Canada on January 30, and concluding home to Honduras on February 2.