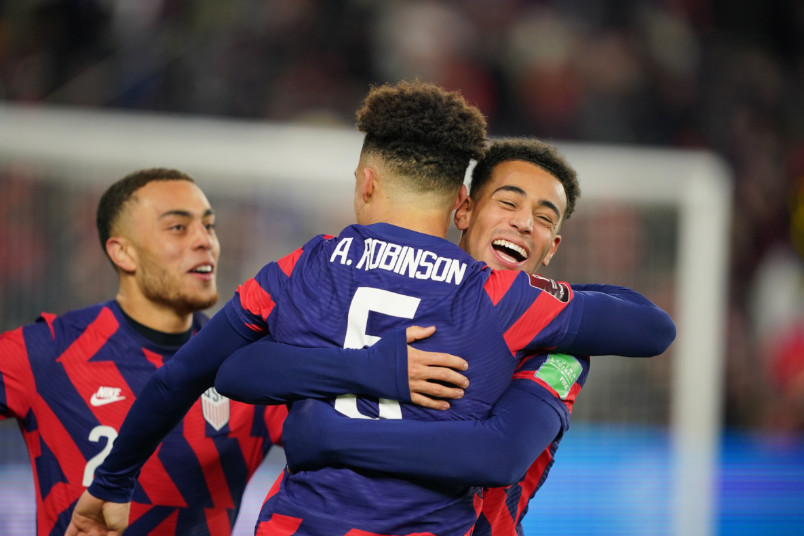 The United States shutout El Salvador 1-0 at Lower.com Field in Columbus in the Octagonal round of Concacaf World Cup qualifying. Antonee Robinson scored the game’s only goal in the 52nd minute with Matt Turner keeping the clean sheet. The United States travels to Canada on Sunday (3pm – Paramount+) for the second of three qualifiers in the January/February window.

“What I’d say is that, first of all, it’s great to get a shutout another shutout in World Cup qualifying which is really important,” USMNT coach Gregg Berhalter said. “I was also really pleased with the effort of Antonee Robinson. I thought he did a good job, was busy all night. Timmy Weah was very active stretching their back line. And I really liked the contribution of Jesus Ferreira, who set up a number of plays and also had a couple of opportunities for himself.”

Elsewhere in Concacaf World Cup qualifying, Mexico won 2-1 at Jamaica. Traling from a 50th minute Daniel Johnson goal, Henry Martin equalized for Mexico in the 81st. Alexis Bega scored El Tri’s winner in the 83rd minute. Canada won 2-0 at Honduras, taking the lead from a 10th minute own-goal. Jonathan David scored in the 73rd minute. Costa Rica shutout Panama 1-0 at home on a 65th minute Bryan Ruiz goal. The results leave the top four in the Octagonal the same with Canada leading the USMNT 19 points to 18, Mexico 3rd with 17, and Panama now three points behind in the playoff spot.

ANTONEE ROBINSON WITH THE BREAKTHROUGH FOR THE USMNT 🇺🇸 pic.twitter.com/ybatzdZaGj