Friday's soccer news starts with USMNT players in Europa Conference League third round qualifying, with Sam Vines's Royal Antwerp beating Lillestrom 2-0 at home and advancing 5-1 on aggregate. Anthony Valencia scored in the 11th minute and Birger Verstraete adding a goal in the 69th. Antwerp plays Basaksehir in the play-off round, main path on August 18 and 25. Kenny Saief subbed out in the . . . 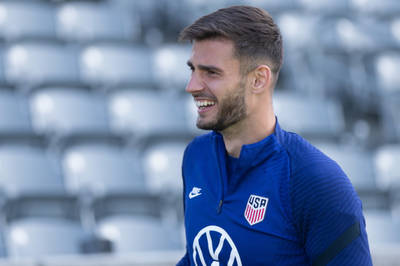 Friday's soccer news starts with Europa Conference League third round qualifying first-legs and Kenny Saief subbing out in the 77th minute of Neftchi's 2-1 home win over Rapid Vienna in the main path. Ataa Jaber opened the scoring for Neftchi in the 44th and Saief doubled the lead in the 60th. Rapid Vienna pulled a goal back five minutes into stoppage time. Sam Vines's Royal Antwerp won 3-1 at . . . 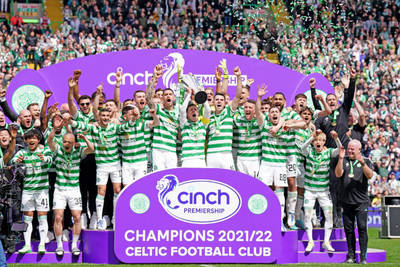 Friday's soccer news starts with the opening round of the 2022-23 Scottish Premiership. James Sands and Malik Tillman's Rangers are at Livingston, Cameron Carter-Vickers's Celtic hosts Christian Ramirez's Aberdeen. While Rangers and Celtic are likely to be the teams deciding the top of the table, Aberdeen starts the season after finishing 10th, six points above the relegation zone. Rangers beat . . . 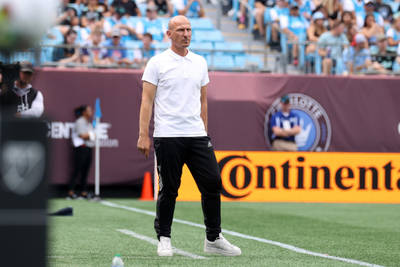 Friday's soccer news starts with week 22 in Major League Soccer, with the focus seemingly as always on the top of the Eastern Conference. Philadelphia is top of the table with 39 points from 21 games, but 2nd-place NYCFC is only a point behind with a game in hand. There's now a five-point gap between 2nd and 3rd, putting the pressure on the Red Bulls and 4th-place Montreal to not see that . . . 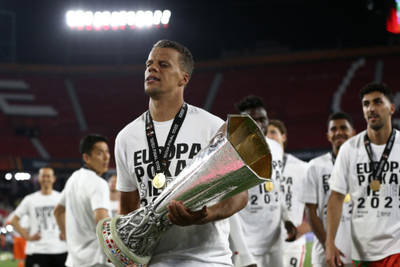 By J Hutcherson (May 31, 2022) US Soccer Players - If there's a big picture takeaway from the 2021-22 season in European club soccer, it might be an overreaching awareness of change. UEFA debuted the new Europa Conference League and late in the season confirmed the Champions League revamp for 2024-25. What is now the upcoming season has to manage a November/December World Cup. A FIFPro survey has . . . 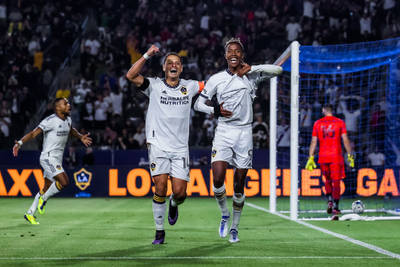 The soccer news starts in the round of 16 in the US Open Cup. Nashville came back to beat Louisville City 2-1 on the road. Falling behind in the 37th minute, Ake Arnaud Loba equalized in the 39th and Hany Maukhtar scored Nashville's winner in the 89th minute. Orlando City and Inter Miami finished 0-0 in regulation and drew 1-1 in extra time. Orlando advanced 4-2 on penalties. Jean Mota scored . . . 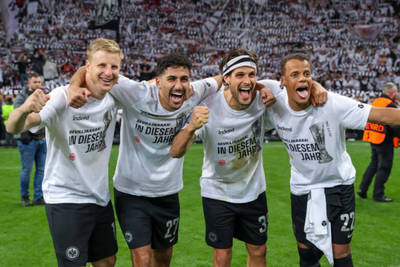 Friday's soccer news starts in the Europa League. Timmy Chandler was on the bench for Eintracht, beating West Ham 1-0 at home on the night and advancing 3-1 on aggregate to the 201-22 Europa League final. Playing a man up from the 19th, Eintracht's Rafael Borre scored in the 26th minute. In a game where the benches ended up involved and the referee sent off West Ham manager David Moyes, Chandler . . .

Wednesday's soccer news starts with a preview of tomorrow's Europa League semifinal second-legs. Tyler Adams's RB Leipzig is on the road ant James Sands's Rangers a goal up but facing an Ibrox crowd. Leipzig lost 3-1 at Gladbach on Monday, while Rangers drew 1-1 at Celtic. "Rangers will play differently at home than they did last week," RB Leipzig coach Domenico Tedesco said. "The crowd will be . . .

Friday's soccer news starts in the Europa League semifinal first-legs. Tyler Adams's RB Leipzig beat Rangers 1-0 at home. James Sands subbed on in the 83rd minute for Rangers. RB Leipzig took the first-leg lead through an 85th minute Angelino goal. The series concludes on Thursday in Glasgow. "It was one of those games where we had to dig deep," Adams said. "They had a clear game plan and made . . .